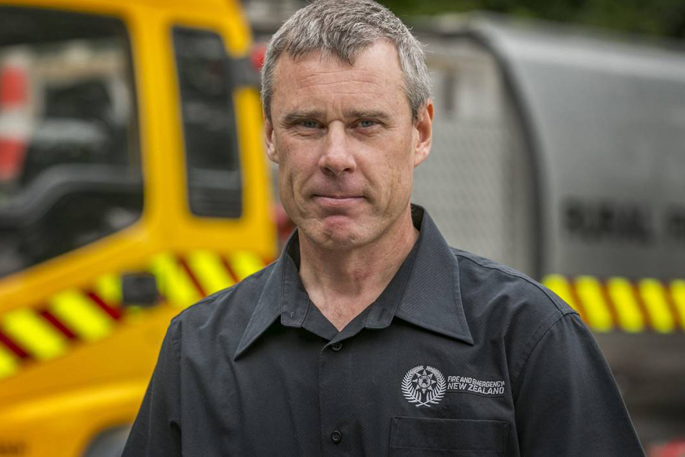 For months, the world has watched in horror as Australia burns. Bushfires have ripped through all states and territories but one, thousands of homes have been destroyed, many people have lost their lives, and entire native wildlife populations are feared extinct.

It's a foreign disaster for New Zealanders, because although there have been wildfires, none have been on this scale. New Zealand's climate is drastically different and the land isn't as large or arid. But if steps aren't taken to reduce emissions and limit warming, New Zealand could be facing a similar, destructive future.

2019 was New Zealand's fourth hottest year on record, continuing the dry, hot trend that climate scientists have observed in recent years and increasing the risk of extreme fires breaking out across the country.

"My fear is that if we don't [manage the risk of fires], that one day it could be as bad as Australia " he says.

This was the case for the Pigeon Valley fire in Tasman in 2019, which covered more than 2300ha after almost doubling in size overnight. The "tinder-dry" conditions, as described by NIWA in its 2019 Annual Climate Summary, made the blaze the country's largest aerial firefight, but future fires could be worse.

"Large, damaging, consequential fires" like those in Tasman and Canterbury's Port Hills in 2017 could happen anywhere and could intensify, says Tim. Fenz staff have already noticed changes to the blazes being battled.

"The fires are getting larger ... [and] more frequent."

"The seasons are getting longer and the number of fires, in terms of particularly large fires and the intensity of those fires, is certainly increasing."

This came down to one major issue: climate change. While climate change wasn't to blame for fires breaking out, it helped create them.

Professor James Renwick, a climate scientist from Victoria University of Wellington, says the fires in Tasman and this week's forest fire near Napier happened more easily "because already, on average, it's a little bit drier".

Climate change was weighting the dice towards more extreme and destructive outcomes, he says.

"Forest fires do happen naturally, but we're just changing the mix of extremes that we experience."

If dry conditions persist, it is "highly likely" there will be more fire danger days across the country every year, including in places that had not been at high risk of fire historically.

The east coast of both islands, the central North Island including Wellington and the Wairarapa, and Northland were areas of particular concern, he says.

Tim warned the risk "could be quite widespread".

James says many places on the east coasts could have up to 40 days of very high or extreme fire danger a year if emissions were not reduced by the end of the century.

"We'd be living in a very different environment."

In 2019, parts of the country experienced meteorological droughts and extended dry periods. Nelson observed a 40-day dry spell, the fourth longest on record in the region, and Hamilton and Tauranga both had their third longest dry spells with 36 days.

According to NIWA meteorologist and forecaster Ben Noll, these dry periods could increase in years to come. While it was difficult to forecast, climate change predictions indicated westerly winds and wet weather would increase on the west coast of the country, drying out the east even more, he says.

Tim says FENZ is already making preparations for the worst, but is not taking an "ambulance at the bottom of the cliff" approach by seeking more resources.

"Having more of something doesn't always ... help you manage the situation better."

Instead, the organisation is focusing on precautionary measures and education to reduce the likelihood of such events happening in the first place.

Successfully reducing risks would be a "team effort", he says.

Relatively affordable methods include keeping vegetation short around properties, maintaining defendable spaces, and planting low-flammability species. Those who could afford it could also put in water tanks and sprinkler systems.

Mitchell said FENZ planned to increase its work within communities to help people understand, identify and reduce risks in the future.

Plenty of words but no facts. As for me - I’m doing my bit by refusing to pick up my dogs waste on walks- because I’m saving the environment by not using single use plastic bags

.......we manage change as it happens, and it will always happen..today, many believe we are in a climate ’crisis’ ( due to unrealistic knowledge I would suspect) ..but no need to panic mate!...I do get the impression and hope that we can look to manage any situation as it arrives, yes this another one, and understand that however loopy we try to be, mankind cannot ultimately alter nature, but we can adapt to survive, as we have always done......