Boat stuck on dry land in the Mount 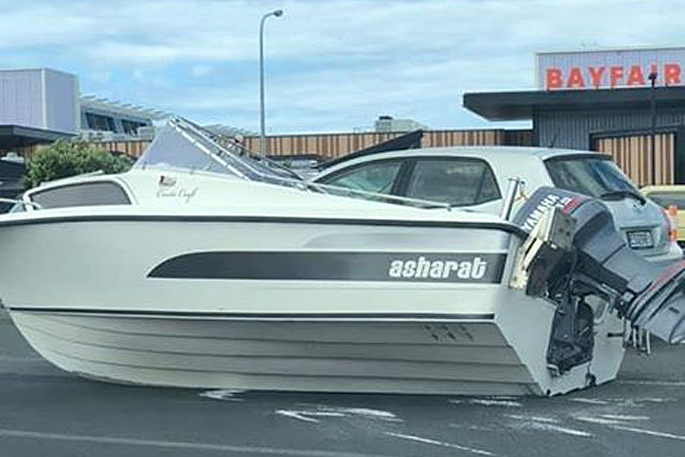 A boat was like as fish out of water yesterday after it came off a trailer on Maunganui Road outside Bayfair shopping centre.

Janine Durham-Westhead was travelling behind the car as the boat came off its trailer.

“We were travelling from Bayfair Estate and could see it wasn’t even tied down, going around the roundabout and it just fell off.

“We just backed off as my husband was driving and my son was in the back seat and we were all looking at it and my son Ryan said it’s not even tied onto the trailer, next minute it just slid off.”

She says the boat was being towed by a couple in their late 20s or early 30s in a van.

“Police received a report of a boat in the northbound land of Maunganui Road about 4.50pm yesterday,” a police spokesperson says. 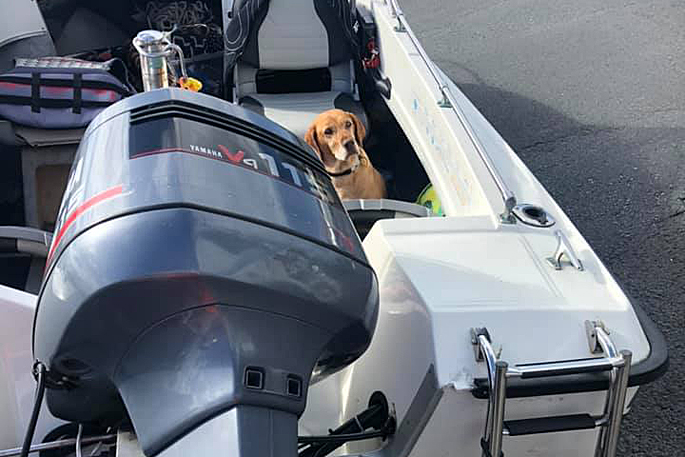 “It did cause some congestion at the time.”

The area had been cleared within about 20 minutes, they say.

The police spokesperson has also reported a dog was in the boat.

The dog appears unharmed from a photo that was taken by one of the people who stopped to help.