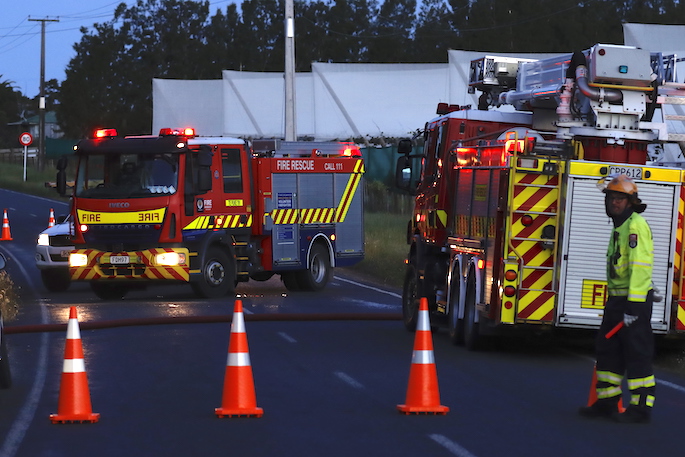 The fire was called in at about 8.15pm on Thursday. Photo: Daniel Hines/SunLive.

An investigation is underway into the cause of a house fire in Tauranga.

Firefighters from Papamoa, Te Puke and Mount Maunganui were called to the fire on Kairua Road, Welcome Bay, at about 8.15pm.

Fire and Emergency New Zealand northern fire communications shift manager Paul Radden says a garage was on fire as well, which was detached from the house.

“We had a fire investigator respond to ascertain what the cause of the fire was.

“Crews were there for four hours.”

Smoke from the house fire could be seen from multiple areas around Tauranga.

One person reported seeing thick, black smoke from Parkvale, while another person saw it from Papamoa.

A resident in the Kairua Road area says the fire was at a rural property behind a row of shelterbelts. 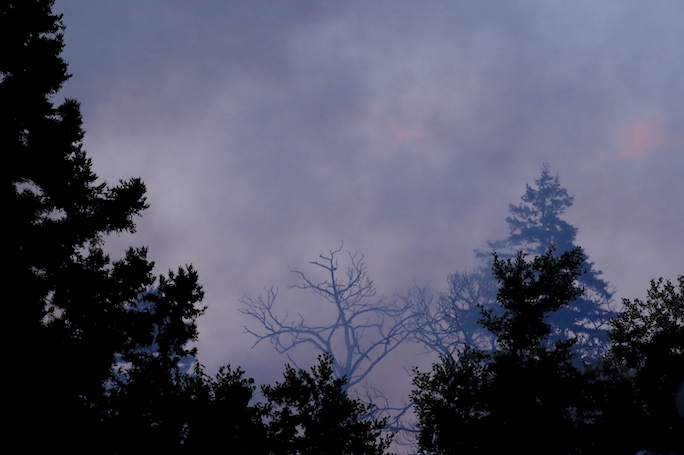