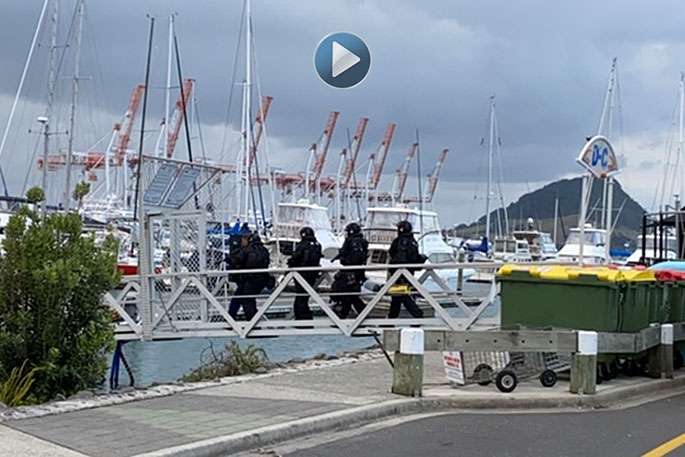 Armed police entering a dock at the Tauranga Bridge Marina on Wednesday. Photos and video by Caitlin Houghton/SunLive.

A 34-year-old man is due to appear in court following a 13 hour standoff with police at the Tauranga Bridge Marina.

The incident unfolded when police attempted to stop a vehicle on Te Awanui Drive, Tauranga, at 3.40pm on Wednesday.

The man, who was the only person in the car, made threats towards the officer and then fled on foot to the Tauranga Bridge Marina, says a police spokesperson.

“The man made his way onto a boat moored at the marina. 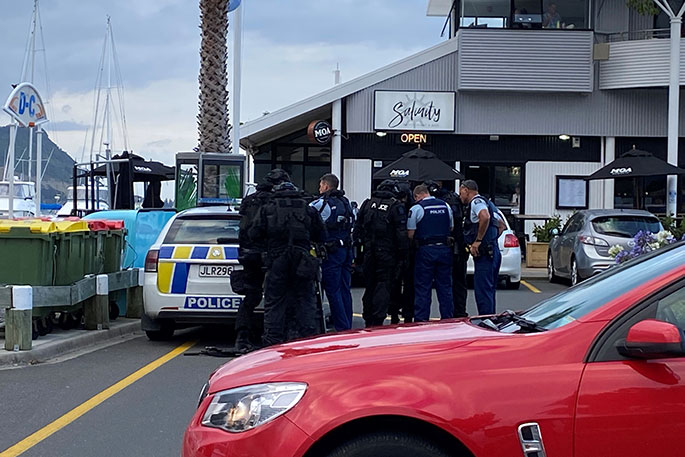 “Police, including the AOS, and Police Negotiation Team remained at the marina overnight until the man safely exited the boat without incident at around 4.55am today.”

The man has been charged with speaks threateningly and will appear in Tauranga District Court on January 13. 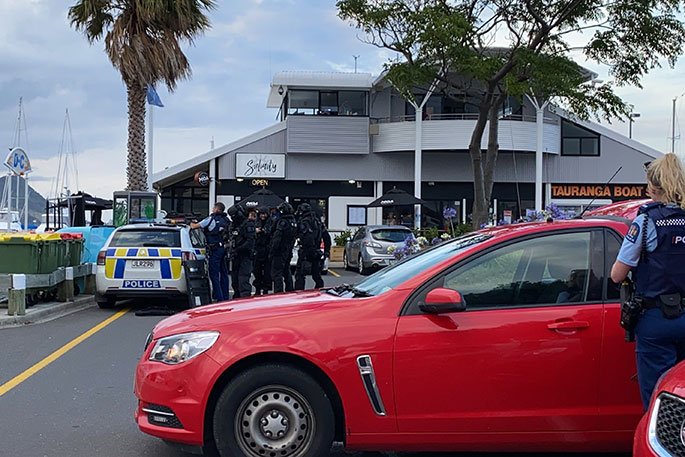 I am guessing he threatened to blow them away. If threatened with firearms the only sane response is to go prepared for the threat made. Or send a muppet in armed with a crystal ball. You’re first up pal.

Had this same man spoken threateningly to Joe public would the same scenario have played out? Will his sentence be comparable to what this has cost to get to this end? Can I suggest intense supervision would be a poor outcome for such a massively financial and timely cost not just to the Police but also to the Restaurant staff and guests. Just saying.

Why, in the name of sanity, was the Armed Offenders Squad called out as a "precautionary measure" against an unarmed man? Clearly he was not armed, and has since been charged with running his mouth. Is the Thin Blue Line so bubble wrapped that they cannot stomach confrontation for fear of personal harm? Are Police actively steering us towards an armed force by stealth?