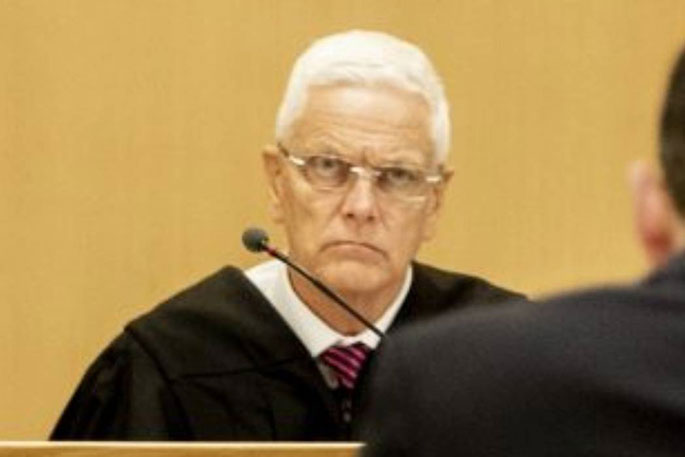 Judge Robert Ronayne was admitted to the bar in 1978 and worked as a crown solicitor before becoming a district court judge in 2013. DAVID WHITE/STUFF

A former Tauranga lawyer turned judge has died suddenly in his Auckland home.

Police say the body of Judge Robert Ronayne was found in his Auckland home on Tuesday.

His death has been referred to the Coroner.

The Chief District Court Judge, Judge Heemi Taumaunu, says Judge Ronayne, 64, had given outstanding and excellent service to the law and to the New Zealand public for over 40 years whilst practising as a barrister and solicitor and then in more recent times as a District Court Judge.

“Judge Ronayne was a senior trial judge at the Auckland District Court which had been his home court since his appointment to the bench seven years ago."

Judge Ronayne joined the bench after 34 years’ legal practice, primarily as a litigator. He studied law at the University of Canterbury and was admitted to the bar in 1978.

He practised briefly in Auckland and then for nearly 20 years in Rotorua.

In 1998, he joined a law firm as a partner in Tauranga, and went on to become a senior Crown prosecutor in that district until his appointment in 2013.

“Judge Ronayne was held in extremely high regard and his judicial colleagues will remember fondly his flair, wit and tireless dedication to serving the administration of justice.

"My sincere condolences and those of Judge Ronayne’s judicial colleagues are extended to his family and friends at this difficult time.”

To honour Judge Ronayne’s memory, the Chief Judge met with judges and staff of the Auckland District Court and led karakia in Judge Ronayne’s chambers and elsewhere in the building on Wednesday morning.