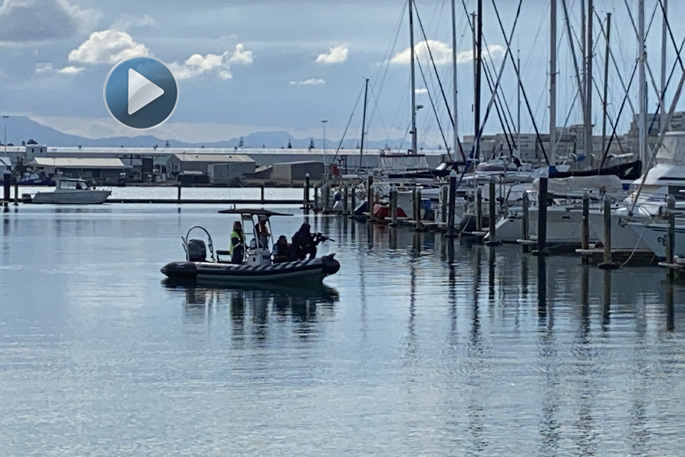 UPDATE 8.44PM: Armed Police are continuing to look for a person who threatened police in Tauranga earlir today.

The Tauranga Bridge Marina has been cordoned off since about 5pm,

The alleged offender police are looking for is understood to have fled from officers on Te Awanui Drive and is believed to be at the Bridge Marina.

“Around 3:40pm, police attempted to a stop a vehicle on Te Awanui Drive, the person made threats towards the officer and then fled," says a police spokesperson

“AOS have responded as a precaution."

Police say they are still looking for the person in queston.

UPDATE 6.58PM: Police are turning away members of the public from the Tauranga Bridge Marina this evening.

Armed police are at the marina looking for a suspect.

A reporter at the scene says police are turning people away who are showing up to the Salinity restuarant.

"It also appears people inside are unable to leave.

"Police have been using a loud speaker to try and draw an offender out, but attempts so far have been unsuccessful.

"Multiple police units have surrounded the area to block any escape. Many residents who live in the same area as the alleged offender have been unable to access their home and police do not know when they will be able to return."

Updated: 6:20pm Armed police are searching for a person at the Tauranga Bridge Marina tonight.

The police and the Armed Offenders Squad have been searching boats.

A reporter at the scene says armed and unarmed police with shields are making advances towards a boat.

“Police are talking to the offender via megaphone. Asking them to come out so they can speak to them.”

Earlier 5:30pm: Armed police are searching a boat at the Tauranga Bridge Marina this afternoon.

A reporter at the scene says two armed police are on board the Tauranga Harbourmaster IRB.

“The two armed police are looking around a boat.

“They have opened a window and it looks like they are talking to someone inside.” 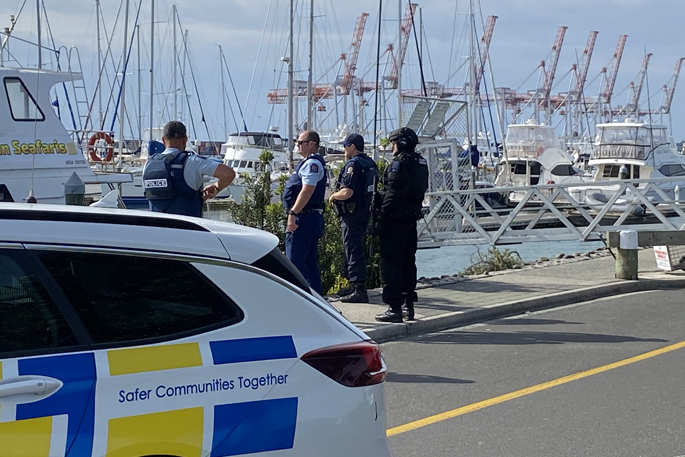 A police spokespersons says, “Around 3:40pm, police attempted to a stop a vehicle on Te Awanui Drive, the person made threats towards the officer and then fled.”

“AOS have responded as a precaution.

“The person is currently being sought by Police.”

The reporter says people inside the nearby restaurant are crowding around the windows watching what is going on.

She says there are at least 10 police officers at the scene – both armed officers and some without weapons. 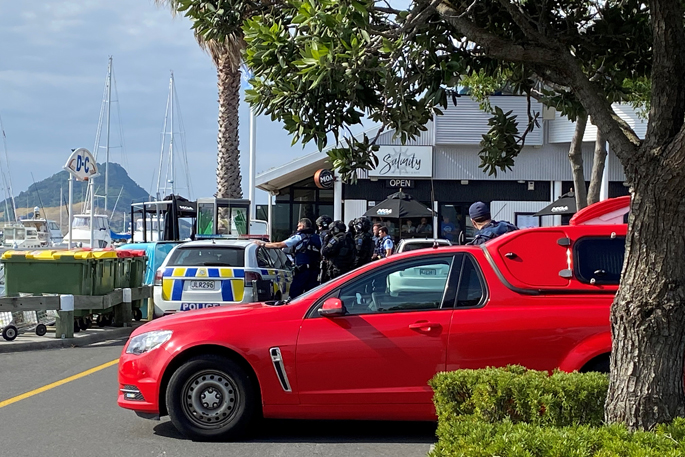 Earlier: Armed members of the police are at the Tauranga Bridge Marina this afternoon.

A reporter as the scene says there are multiple police units including armed members, canine units and the Armed Offenders Squad.

The reporter says ambulance is in attendance at the marina as well.

“People in the area are wondering what is going on.

“A police officer couldn’t tell me anything at this stage.”

At the scene? Call 0800SUNLIVE or email photos to newsroom@thesun.co.nz 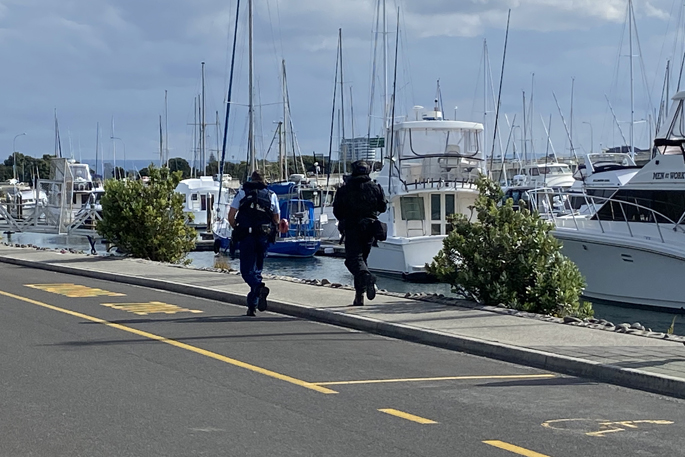 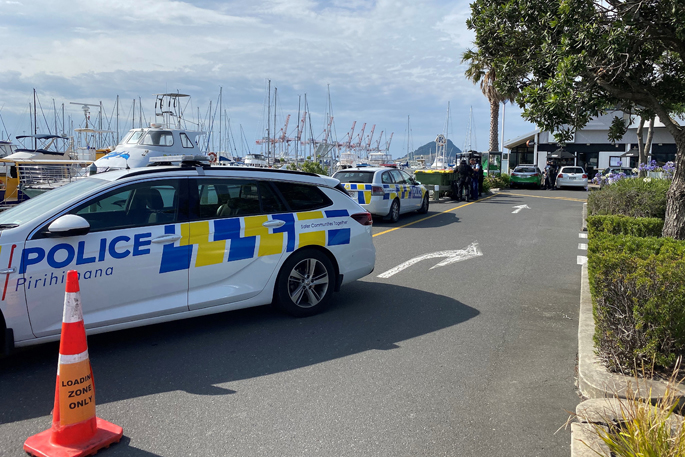 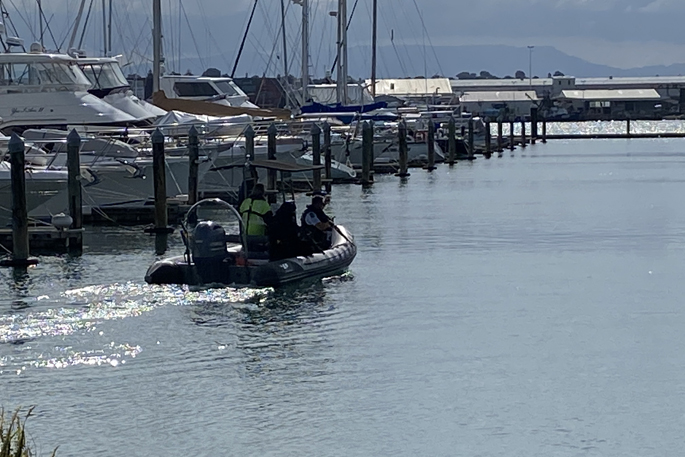