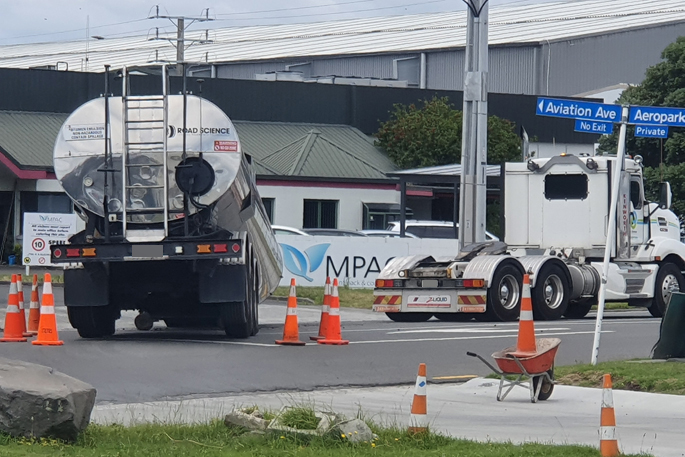 The truck has lost its trailer. Supplied image.

UPDATED: Police are attending a two-vehicle collision at the intersection of Aerodrome Road and Aviation Drive, Mount Maunganui.

The collision was reported to police at around 12.47pm.

"No one is reported to have been injured," says a police spokesperson.

"A trailer is reportedly blocking a lane."

Motorists are advised to avoid the area or expect delays.

A truck has lost its trailer and is blocking part of Aerodrome road in Mount Maunganui.

A caller to SunLive says the trailer is sitting across the road blocking one side of it.

“People are trying to divert traffic around it. It is covering one half of the road and there is only one lane where cars can come back and forth.”

The caller didn’t see how the trailer came loose from the truck but thinks it happened as the truck was leaving a driveway. 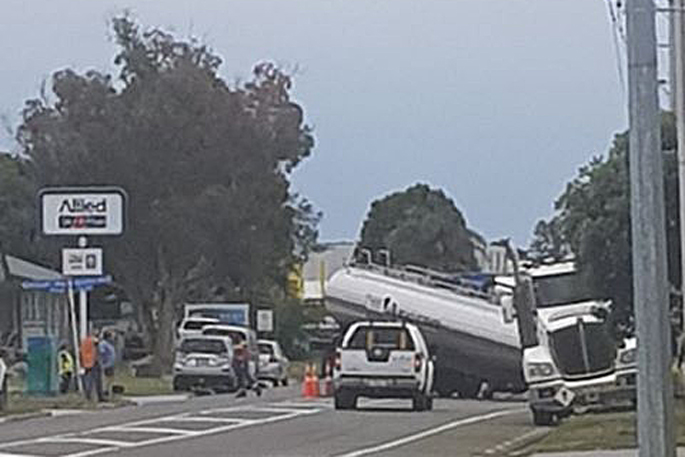