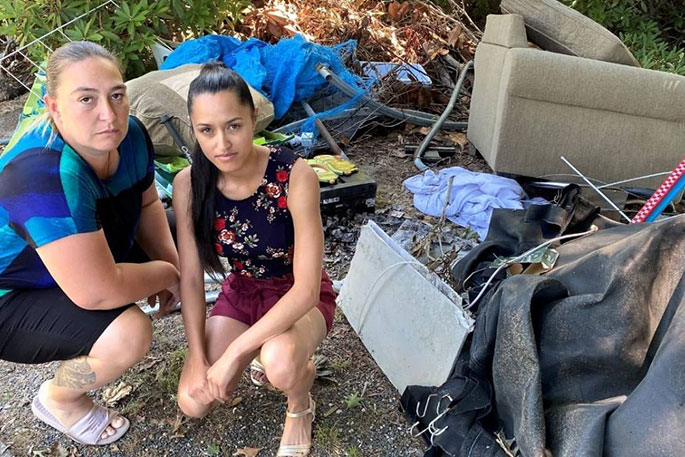 Rotorua locals are "disgusted" after a pile of hard rubbish, including meth pipes, condoms, a broken trampoline and children's blackboard, was dumped near a treasured athletic field.

Children's athletics coach Kelly Albrecht was with her children when she found the rubbish at the grounds near the Rotorua International Stadium on Monday.

She took to Facebook to express her dismay, calling the dumpers "filthy pigs".

"Especially when you're coming down to a local park where kids play on the fields."

A number of the items were child-related and it concerned her that parents may have dumped the waste while their children watched.

"That's our future generation and if they see that it's okay to dump your rubbish on the side of a park, then can you imagine what this place is going to look like in 10, 15, 20 years to come?" 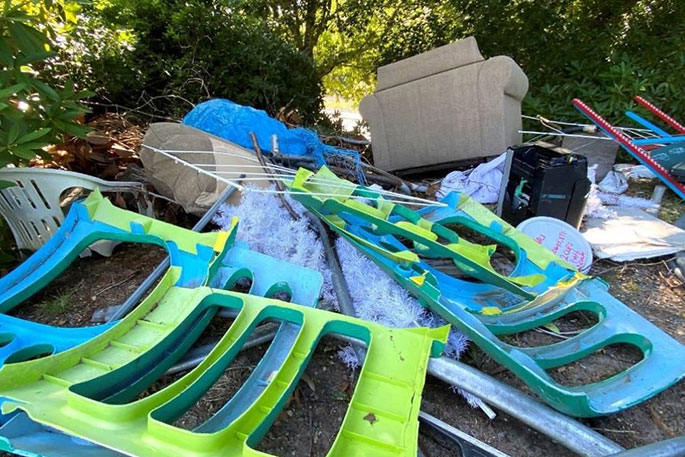 A number of the dumped items were child-related, such as a child's blackboard and a broken-up trampoline.

She understood the cost of going to the dump could be expensive but there was no excuse for the behaviour.

It appeared the dumpers had attempted to burn the rubbish.

"There's no excuse for dumping rubbish like this, especially in an area used by our children and families."

She sympathises with the challenge of paying to dump waste at the transfer station, but Rotorua's landfill is "completely full", meaning the city's waste had to go to Tirohia in Waikato, making it more expensive.

"So while we absolutely need to teach our kids this behaviour is wrong … we also need to look at how we consume in general to minimise waste." 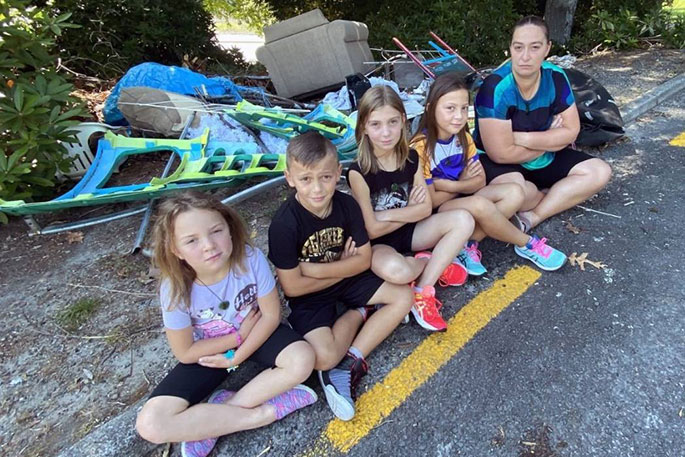 Rotorua Lakes Council infrastructure group manager Stavros Michael says while unfortunate, there are always people who choose "not to do the right thing".

He says there's no evidence to suggest illegal dumping is worse in Rotorua than any other district, but he says the council did what it could to minimise its occurrence, such as removing trees or scrub from problem areas and installing CCTV cameras in some places.

However, he says the council couldn't install cameras in "every corner of the district".

Stavros says the majority of dumped rubbish were items that could go into people's wheelie bins.

It's a community issue that required a "long-term community ownership approach".

Reducing or removing landfill fees as was often suggested would see the burden of the cost – which would remain the same – falling on ratepayers, he says. 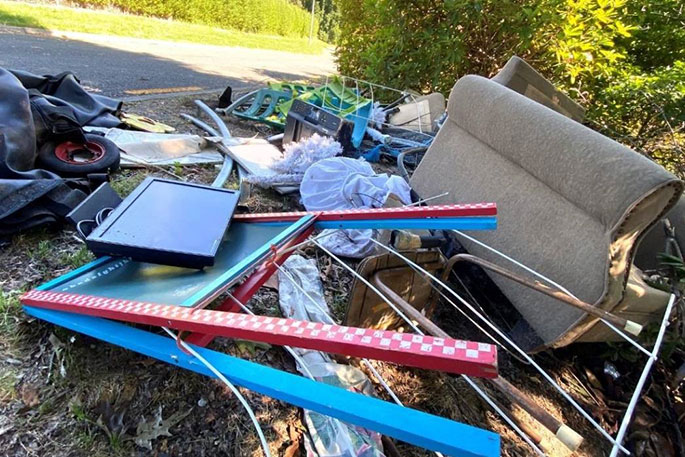 Rubbish found dumped near the Rotorua International Stadium on Monday.

A council spokesperson says the rubbish Albrecht had found had been reported by a stadium staff member and would be referred to Smart Environmental for clean-up.

While illegal dumping was not common in the area, there was a CCTV camera overlooking the dump site and the footage would be checked.

Illegal dumping is considered littering under the Litter Act 1979 and could cost a dumper between $400 and $5000, or up to $7500 if the litter could endanger someone else.

The council website said charges had increased in January 2019 due to the increasing cost of purchasing carbon credits as part of the Emissions Trading Scheme.

- Local Democracy Reporting is a public interest news service supported by RNZ, the Newspaper Publishers' Association and NZ On Air.

It’s a good idea. The problem is that most of the offenders are probably not on Police Files and fingerprints do not last indefinitely. Nevertheless, as a Forensics practical exercise (where the cost of doing it is already budgeted for training), it makes good sense. the sad thing is that some people think this is OK... we need to change minds...

Get some of the hard items fingerprinted and catch the offenders that way? I am sure where the Police learn forensics would like the challenge of running fingerprints to catch people... it would be good training.