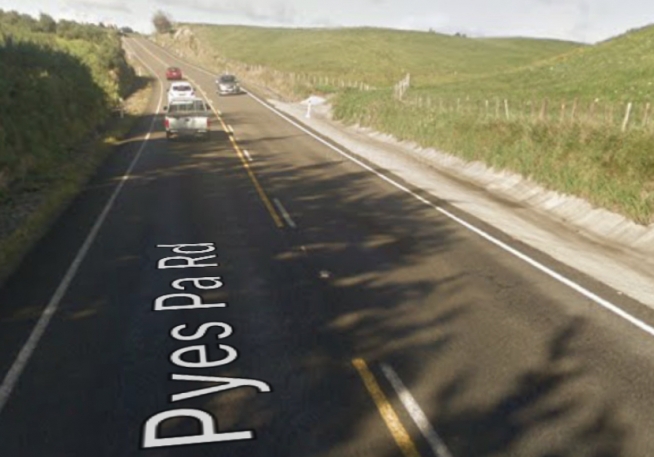 There have been two crashes on Pyes Pa Road this afternoon.

Police were alerted to a vehicle collision on Pyes Pa Road, between Joyce Road and Oropi Gorge Road around 2.40pm.

The crash involved one car and one person reportedly received moderate injuries.

The second crash on Pyes Pa Road occurred between Williams Road and Taumata Road around 5pm.

This crash also involved one vehicle. A SunLive reader at the scene reported that the car looked as though it had flipped.

"It has only just happened and Police are attending and directing traffic."

One person from the second crash was transported to hospital, however Police report that their injuries do not appear to be serious.

The road is clear, with traffic freely moving.

why am i not surprised. the speed that some drivers travel at on this road is absolutely shocking i have seen cars going at speeds up to 150 k