Make sure your pets are safe in the summer heat 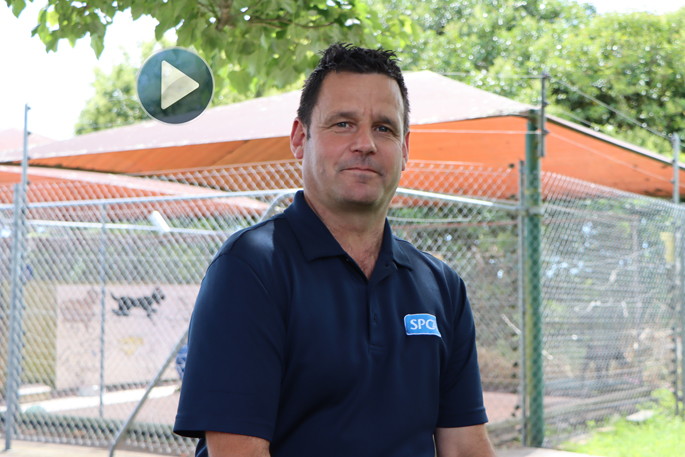 As the days are getting warmer, many are heading down to their favourite swimming spots to cool down, but more often than not, their animals can’t come too.

In the summertime, it comes down to protection from the sun, so find forms of really good shelter and shade for your animal and make sure that there’s always water available, says SPCA team leader inspectorate Jason Blair.

“People are often out during the longest parts of the day and they’re not aware of the heat that the backyard can get in during the middle of the day. So be aware the sun moves around.

“You might leave your pet in a place where it’s got shade in the morning and you might not realise that actually for a long period during that time, your animal has been without sufficient shelter there.”

Leaving your pets in a hot car is something Jason discourages.

“It’s still a problem that represents commonly and situations that our inspectors attend on a regular basis.

“Don’t leave a dog in a car unattended. The weather is far too hot for that sort of thing at the moment. The temperature inside a car just heats up so quickly to dangerous levels. It’s just not worth doing that.”

Jason also recommends if members of the public see an animal in a hot car, not to take it into their own hands.

“Make a full assessment of the situation, give the SPCA a call immediately or the police if it’s very urgent and describe what the animal’s doing.

“Our call centres are skilled up on what symptoms a dog might be showing to help us assess its urgency of how quickly it needs help.

“People underestimate how quickly the temperatures in a car can go up and leaving the windows down really does little to really decrease that risk of the temperature rising to dangerous levels.

“There have been times in recent years where we have actually had to forcibly remove animals. Otherwise making emergency contact with people to come back to the vehicle straight away. And it’s a really time exhaustive resource for us as well to spend attending dogs in hot cars.

“Other considerations for hot weather as well, is dogs tangled by their tethers to the kennel in a position where they’re no longer able to access the shelter.

“Roadside goats as well, there are requirements they’re provided for shelter, but goat’s being inquisitive and the nature of where they are tied up – they commonly could become tangled and that actually means that they are left out and exposed to sun for a long period of time during some of the hardest weeks of our New Zealand summer,” says Jason.