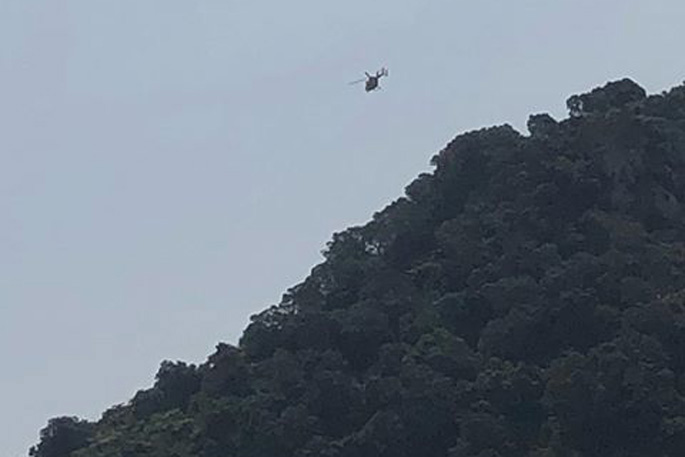 It was a busy first day of the year and decade for the TECT Rescue Helicopter, as many watched on as they completed their third mission for the day in Mount Maunganui.

Around 3pm yesterday, many beachgoers in the Mount Maunganui area saw the rescue helicopter hovering around Mauao. A 79-year-old male was near the summit when he collapsed, sparking the callout.

The helicopter landed near the summit and the paramedic walked to the patient, who was on the walking track, says a statement from the Philips Search and Rescue Trust.

“Due to the location of the patient, it was decided to winch the patient into the helicopter. He was stabilised and flown to Tauranga Hospital.”

The TECT Rescue Helicopter crew’s day started at 10am when they were first tasked to fly a 23-year-old male from Whakatane Hospital to Waikato Hospital with a spinal injury he received from diving into a swimming pool.

From that, the rescue helicopter was then tasked to fly from Waikato Hospital to Patetonga where two cars collided on State Highway 27.

Several people were injured and the TECT rescue helicopter flew a 42-year-old American woman to Waikato Hospital with serious injuries.

The helicopter was at Waikato Hospital when tasked with the Mauao winching.