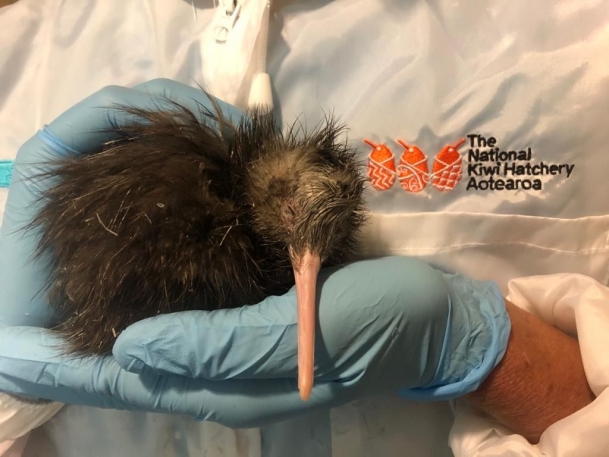 The National Kiwi Hatchery Aotearoa has welcomed its 2020th kiwi chick, just in time to celebrate the New Year.

The special kiwi hatched on December 30 at the facility, which is hosted at Rainbow Springs Nature Park in Rotorua, and the chick is part of what is shaping up to be the hatchery’s busiest season yet.

“It’s very exciting to be heading into 2020 knowing that our team has hatched 2020 kiwi chicks,” Emma says.

“We think this kiwi chick decided to arrive before New Year’s Eve so he or she had time to fluff up and look their best in preparation for welcoming in the new decade.

“The chick is doing very well and will be on site with us for about six months before returning home to Maungataniwha in the Hawke’s Bay.”

The kiwi hatching season ends in April. Visitors to Rainbow Springs can add a tour of the hatchery to their entry pass to learn about kiwi conservation and contribute to save kiwi.

The National Kiwi Hatchery received its first egg in 1995 when it joined the Operation Nest Egg programme.

In the 2018/19 season, the hatchery released 145 kiwi chicks, this included kiwi that were taken to the hatchery as eggs, as well as chicks that had hatched in the wild and spent time at the hatchery. This is a nine per cent increase from the 133 chicks released in the previous season.

For more information or to donate visit: www.nationalkiwihatchery.org.nz.