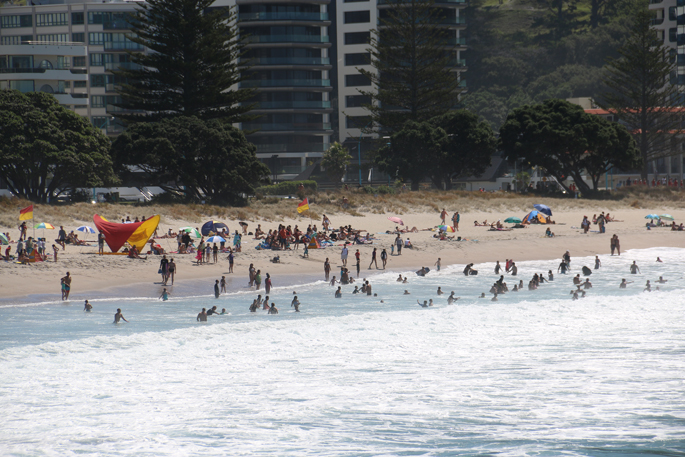 People will likely be hitting the beach as the hot weather continues into the new year. File image: SunLive.

Weather is expected to be mostly sunny and warm across New Zealand today, as the New Year arrives.

Today Tauranga is expecting a sunny day with high of 24 degrees and low of 14C. The hot sunny weather is expected to last into the weekend according to weather.com.

MetService meteorologist April Clark says most people would see a fine day today, with just "a few bits and pieces of cloud" this morning clearing in the afternoon and evening.

"For most people it's fairly good news ... we currently have a ridge of high pressure over much of the country and that's the case for the North Island as well as the South Island," she says.

She says some nor'westerlies were building over the South Island which would mean Southland and the West Coast were in for the warmest temperatures.

"Nor'westerlies usually mean it's warmer, we have the added effect to the eastern coast we call the fern effect which is just the wind coming on the eastern side of the southern alps has a warming effect."

"This is pretty typical for summer, we have got warmer than average with those nor'westerlies on the eastern coast."

She says those warming temps would continue tomorrow, with the warm front moving up the South Island, through to Thursday when southerlies would bring slightly cooler temperatures.