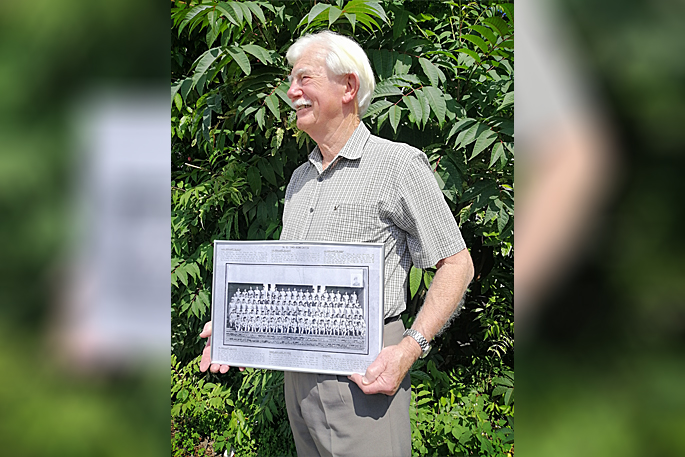 David Ogilvy with a picture of his original NZ SAS squadron Supplied image.

The last remaining members of New Zealand’s original Special Air Service squadron are set to reunite in Tauranga next year – but they need the public’s help to make it happen.

Of the 132 men who flew to the Malayan jungle in 1955 to fight Communist Terrorists, only 32 are still alive and now living across New Zealand, Australia and the UK.

Tauranga resident David Ogilvy, aged 86, was one of the original recruits and wants to organise a reunion at Queen’s Birthday weekend next June to mark the squadron’s 65th anniversary.

“Veteran reunions offer many benefits for those who have served in the military and sacrificed for their country,” David says. “We have forged an unbreakable bond that has seen us through the best and worst times of our lives. Reunions allow veterans to re-forge that bond, re-kindle past friendships and heal from past experiences together.

“Many of our squadron members are now in their 90s and the reality is, this will be the last major get-together we’re likely to have.”

Because the reunion is not open to the general public, David is struggling to get funds from traditional community funding bodies. So far, only BayTrust and two RSAs have come to the party and a Givealittle page has now been set up to try and raise the remaining $13,500 required.

“Veterans are very well supported in Australia but in New Zealand there is little financial help available for ex-military. We are hoping the public and business community will be kind enough to help us raise the money we need.”

The NZ SAS is a special forces unit of the New Zealand Army and has always been highly regarded as an elite military group. David was just 22 years-old when he answered the initial call for recruits. Over 800 applicants were received which were whittled down to 180 for training at Waiouru. Criteria for selection included being under 6ft (1.8m tall), weighing no more than 14 stone (88.9kg), having their own teeth, no criminal record, preferably single and having to pass a high intelligence threshold.

“From day one we ran everywhere,” David recalls. “It was physically demanding and mentally taxing. We were going to the tropics of Malaya but we trained in the snow at Waiouru. It hardened up the soldiers and we had a very strict training regime with an emphasis on shooting, weapon handling, field craft, minor tactics and immediate action drills.” 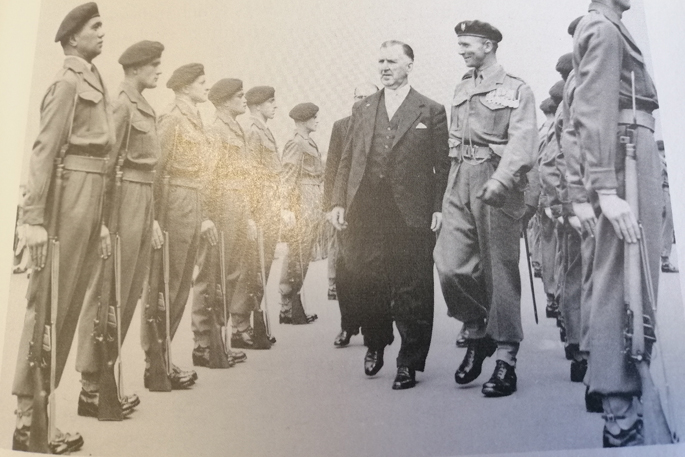 A further 50 soldiers were culled before the final squadron were sent to join the British 22nd SAS regiment in Kuala Lumper in October 1955.

For the next two years the unit completed a series of three-month long deep jungle operations against hard core, jungle experienced, Communist Terrorists. Resupply was by air drop every 14 days.

Jungle operations were physically demanding and mentally taxing as individuals came to grips with the strange environment. In addition to possible ambush, soldiers had to contend with leeches, bull ants, scorpions and the possibility of being confronted by a tiger or elephant. Malaria and scrub typhus were other occupational hazards. David says his SAS squadron quickly adapted to jungle conditions and were successful in eliminating a number of Communist Terrorists.

“We lost two men while we were there but we all look back at that time as being the highlight of our lives,” David says. After returning to New Zealand, David went on to serve in Borneo, Vietnam and Fiji during his 27 year military career.

His greatest wish now is to re-gather the original squadron members in Tauranga and reminisce about the years and adventures they had together. Anyone willing to donate to the 65th reunion of the NZSAS Malayan Squadron can contribute on this Givealittle page: https://givealittle.co.nz/cause/final-65th-reunion-of-the-nzsas-malayan-squadron