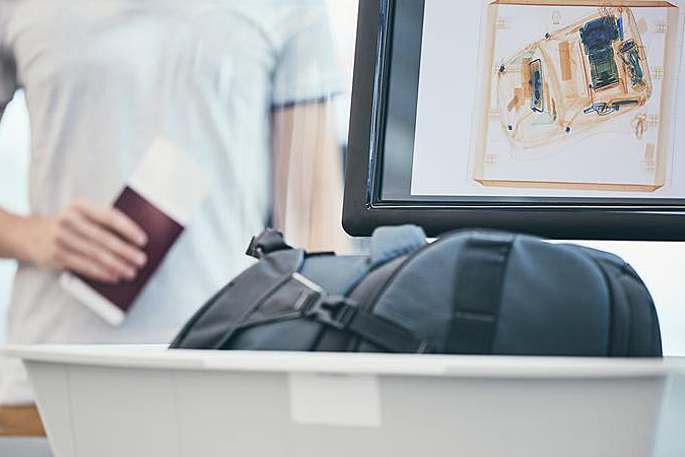 Passenger numbers in and out of New Zealand are increasing, but infringement fines are staying steady. Photo: RNZ.

From seeds and food, to dried deer testicles and road-kill, Biosecurity New Zealand has seen it all this year.

Staff working at the airports, mail centres and ports have come across a number of unwanted guests this year.

Craig Hughes from Biosecurity's Border clearance team says most of them were dead - except for a cat in a woman traveller's handbag.

"Not everyone knows you can't bring your cats into New Zealand and this lady came all the way from Los Angeles and had a very covert little bag, a designer carrier case that she had a cat in.

"We found it when it was about to be put through x-ray screening again.

"She was pretty apologetic, but the reality was she was trying to smuggle it in, so she got sent home," he says.

Aside from the cat deportee most things crossing the border were dead - but nothing surprises the staff anymore.

"We see a variety of all sorts of things presented at the border, from fruit fly larvae right through to, one of the bizarre ones was musket deer dried testicles, a set of them, and everything else in-between."

Craig says they have seen some odd things at the border, but a false alarm had a happy ending this year.

Sometimes luggage got lost, and a lady told the security team there was a dog blanket in her missing bag - which could be a big risk to New Zealand.

"So we had to go and find the bag, and pull it out and inspect it thoroughly, but we worked out it wasn't a dog blanket, but a blanket with a dog picture on it...

"It was a lot of effort for nothing, but we take that sort of thing very seriously."

A box of insects - crickets and grasshoppers, a Thai delicacy - turned up at the mail centre, but after inspection and a permit they were allowed through for people to enjoy.

But other things, like roadkill snakes didn't make the grade.

Craig says many people saw something on their travels and wanted to take it home as a souvenir.

When the border clearance team found a dead snake sitting in methanol after a traveller found it on the side of the road, it had to be seized and destroyed.

Most things have been stopped, but border security knows they didn't stop everything, Craig says.

However, despite the weird and wonderful things that people tried to bring across the border, Craig says travellers were getting better at complying with the rules.

Passenger numbers in and out of the country were increasing, but infringement fines for those who didn't declare goods at the border were staying steady.

"New Zealand's message for biosecurity is getting through ... we give out around about 1000 infringements a month to passengers coming into the country at $400 fine.