The anatomy of a book fair 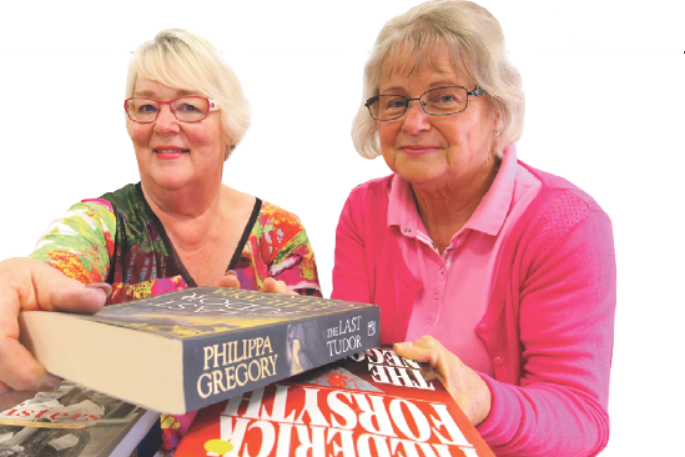 It’s a massive six-month long exercise involving an army of volunteers and generating tens of thousands of dollars for worthwhile and deserving causes in the city.

It’s the Tauranga Harbour City Lions Club book fair. “It was a boomer this year, the best ever,” says Lion Christine Currie. There’s always a place for a good cheap read.

The book fair began way back in July with a call for donations of books. Since then it’s been a weekly screening, sorting and pricing, all working up to a frantic three-day scramble of a book fair sale last month.

“On the first day it was madness and completely unexpected,” says Christine. Hordes descended on the Tauranga Racecourse venue to get first crack at the books. But there’s not just stories for sale, there are also the stories of book fair dynamics the Lions share when it’s all over.

They can laugh now.

“There was a lady hammering on the door before the book fair opened on the Friday,” says Joan. “She was demanding to be let in before the doors opened so she could go to the ladies’ room. Otherwise she was going to have an accident. I just said no.”

It was all a ruse apparently. The woman just wanted to have a snoop, a reconnoitre on the way to the bathroom so that she knew exactly the table she should target once the book fair opened. Cunning book fair behaviour.

There was the man who spent up, took away a mountain of cheap reads only to return to the fair much later complaining he had been over-charged $1.10. The Lions can laugh about it now, but at the time they were tested.

Jigsaw puzzles have become a big money spinner for the Lions. “We had dozens and dozens of jigsaws,” says Christine. “Hundreds actually.” Then when the book fair is on full boil and Lions are frazzled, a   customer rolls up demanding to speak to the person who counted the pieces in each jigsaw.

“Some had 100 pieces, others 400, some 1000. He’s paying a dollar or whatever for the puzzle and he also expected a personal guarantee that every puzzle was complete. Obviously we couldn’t give him that guarantee and he seemed to accept that.”

Just some isolated and amusing incidents provided by a few of the thousands of people who made the annual Tauranga Harbour City Lions Club annual book fair a ‘roaring’ success this year. “We thank you,” say Joan and Christine. Then in just a few months the process starts over. SunLive will keep you informed when the book fair books are due for recycling.