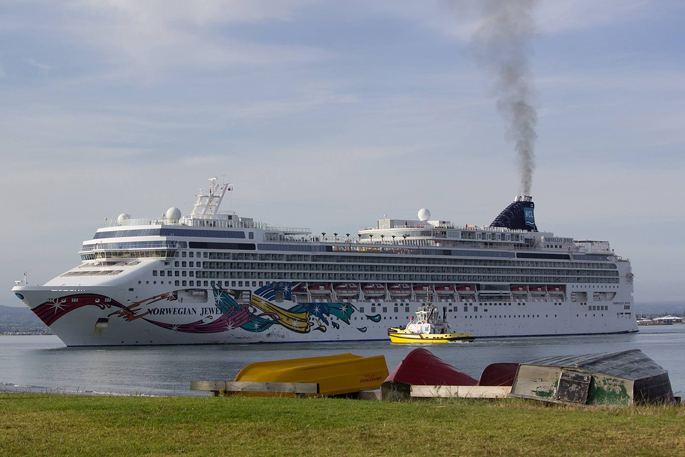 The search for a man who fell off a cruise ship last night in Hawke's Bay has resumed this morning.

The man was reported overboard from the near the Mahia Peninsula about 7pm.

The cruise ship is skipping its Tauranga stop, according to a previous Ports of Tauranga cruise ship schedule, the ship was due to dock in Tauranga at 7am today. The stop has now been removed from the list.

The Norwegian Jewel, now bound for Auckland, will be met by law enforcement when it arrives.

He says the search has resumed this morning.

"A coastguard unit from Napier arrived at 6am, a helicopter from the Eastland Rescue Trust arrived at about 6.30am."

"They will search today for as long as possible.

"We've done a muster of the [cruise ship] passengers to check the numbers and reviewed CCTV footage to confirm that someone had gone overboard.

"When the cruise ship arrives in Auckland it will be met by police and Maritime officers from Maritime NZ who will make enquiries."