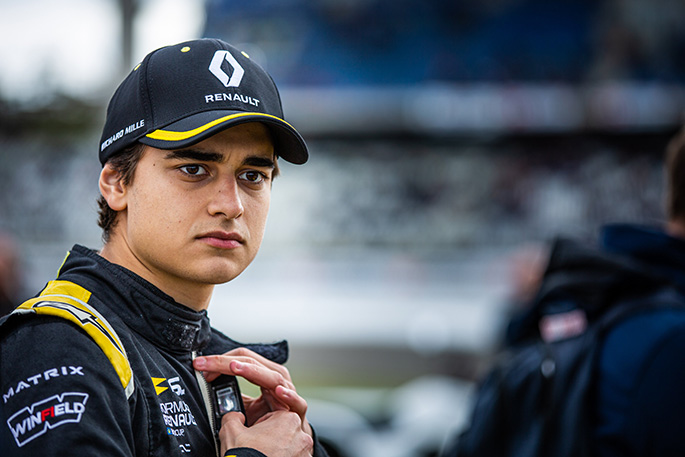 The 17 year old from São Paulo will head to the southern hemisphere for the five round Castrol Toyota Racing Series in January on the back of a successful season in the 2019 Formula Renault Eurocup where he took six podiums on his way to fifth place in the championship and the Rookie title for R-Ace GP.

Joining the 2020 TRS grid was an easy choice for Caio and his management team given that the series will run the same cars and tyres as the 2020 Formula Renault Eurocup in which Caio will also compete with R-Ace GP.

An impressive track record in recent seasons racing in junior formulae gave Caio the French Formula 4 Championship in 2018 with seven wins and 11 podium places, marking him as one of the best young drivers to emerge from Brazil in recent years. A dominant season saw him defeat a field that included Arthur Leclerc, the younger brother for Formula One star Charles.

It was a performance that also saw him signed up to the Renault Sport Academy driver development programme. The programme was created by Renault Sport Racing in 2002 and now includes young talents such as Christian Lundgaard, Max Fewtrell and Jack Aitken.

Like many of the up and coming single seater racers aiming for Formula One Caio began his career in karts in his native Brazil in 2009 and was a consistent top three championship contender for several seasons before heading to Europe in 2015 where he was crowned CIK-FIA Rookie of the Year. 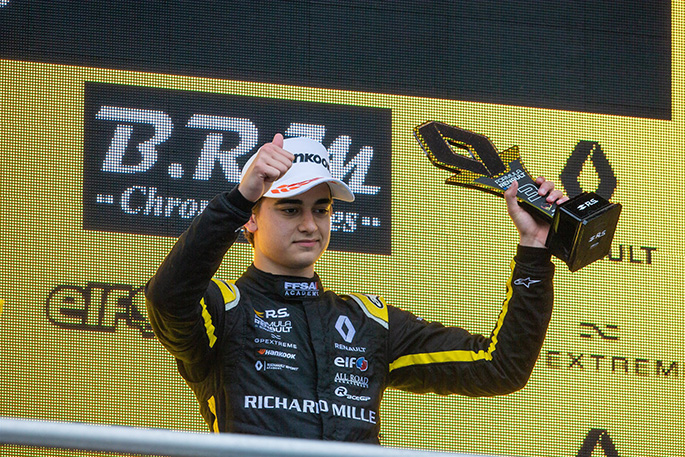 Caio is one of a number of outstanding young talents heading to New Zealand for the new-look Toyota series, which for 2020 has a brand new car, brand new engine and new tyres. Looking forward to the challenge, he explained:

“I’m really looking forward to the start of the TRS season as it will be a great way to kick off my 2020 racing season,” says Caio. “Winter tests in Europe have been good and I cannot wait to work with mtec and R-Ace GP. The 2020 TRS grid looks really strong and I’m ready for the challenge, which will be strong preparation for me for my campaign in Formula Renault Eurocup in 2020.

“I would like to thank the Renault Sport Academy for their blessing to race in this series and All Road Management and my sponsors for their continuous support. I will give my best on track to get strong results and fight for the title.”

The five weekend 2020 Castrol Toyota Racing Series, which has been contested by racing stars such as Lando Norris and Lance Stroll in their ascent through the junior categories, begins at Highlands Motorsport Park in Cromwell in New Zealand's South Island over the weekend of January 17-19. It stays in the South Island for the second round a week later, moving to Teretonga Park near Invercargill for round two.

The series then heads to the North Island for the remaining three weekends of racing. That will include the Denny Hulme Memorial Trophy at Hampton Downs Motorsport Park, the New Zealand Motor Cup at a venue still to be confirmed and the final round, the New Zealand Grand Prix meeting over the weekend of February 14-16 at Manfeild – Circuit Chris Amon in Feilding.