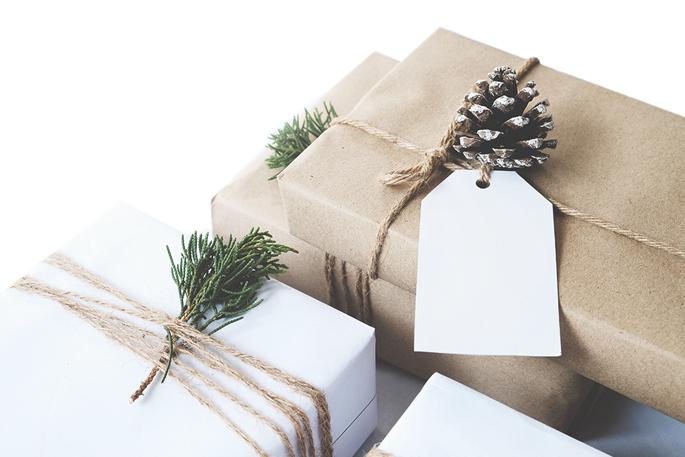 Kiwis are again taking to Trade Me to sell their unwanted Christmas gifts and to pick up a bargain on that item Santa forgot.

Trade Me spokesperson Logan Mudge says an increasing number of Kiwis say they’re happy to sell or regift unwanted Christmas presents this year, after a survey of nearly 2000 New Zealanders said they unwrap at least one unwanted pressie each Christmas and more than 60 per cent had no major issue if a gift they had given ended up being onsold.

"The Rolling Stones know we can’t always get what we want and as Kiwis we’re getting more pragmatic about the fact that we can’t nail the perfect gift every time. The stigma around onselling is fading.

"At Trade Me, we’ve always felt it’s better to get a gift you don’t want into the hands of someone who does and use the cash to buy something you’ll actually use - better that than chucking it in the bin or a cupboard."

Logan says the annual survey showed that half of Kiwis receive at least one clanger on Christmas Day and we’re getting more comfortable with regifting and onselling. "For the first time Kiwis are now more likely to regift or sell an unwanted gift (21 per cent) than put it away and forget about it (17 per cent). In 2018 those figures were 16 per cent and 19 per cent respectively.

"Among the big winners from this growing trend are the bargain hunters. The tradition of jumping on Trade Me to check out what presents are looking for a new home is now firmly established and on Christmas Day alone we saw thousands of searches for unwanted gifts. Clearly bargain hunting is an activity well-suited to assisting the digestive system."

In 2018, there were 20,000 unwanted presents listed and 100,000 searches racked up on Boxing Day as opportunistic sellers and bargain hunters jumped onsite.

"Most of us are all for selling your unwanted gifts. This year, 61 per cent of Kiwis said they’d be fine if they found out that an item they had gifted someone has been onsold."

"The gender split also carries on into who’s prepared to fake happiness when they unwrap a dud.

"Eighty fiver per cent of women say they will hide their true feelings compared to 78 per cent of men.

"But it’s good to know the majority of us are keen to avoid an awkward reveal and deal with it later.

"On that note, if you’re thinking about selling an unwanted Christmas gift on Trade Me, make sure it’s listed in our dedicated section and give the item a good backstory. If you’re keen to avoid hurting any feelings, it’s probably best to avoid items that are personalised or easily identifiable, especially if whoever gave it to you is a bargain-hunter!"

people go crazy spending huge sums of money on gifts the recipients dont even want. Im all for spending time with family at christmas but the whole act of gift giving, in my opinion, just causes a lot of unneeded stress worrying bout what to buy someone with the limited funds we do have. its all consumerism as is black friday... black friday now goes all weekend and now boxing day sales go for a week. if you want to gift something to someone put some money to a charity they like. if i need something ill go buy it. when someone buys me a gift they havnt given me a gift, they have given me an obligation to get them something back.. sounds sad and probaly is, but thats how i feel about it all