Stick to the rules if driving on the beach 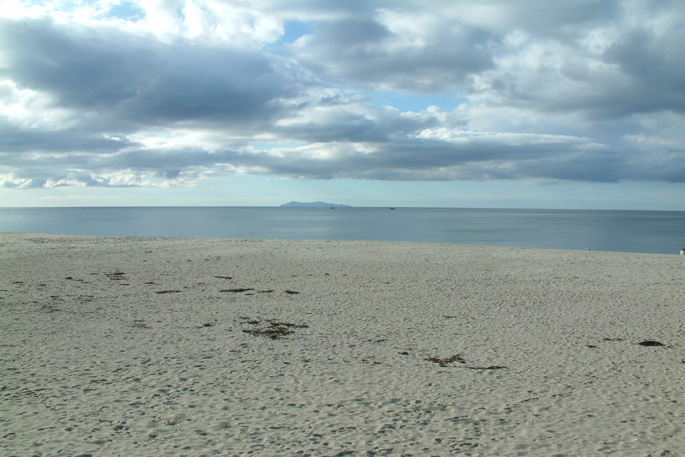 Summer is the time of the year when most people around the country flock to the beach.

New Zealand beaches are regarded as public roads, with many being able to be driven on.

In other areas, vehicles can drive on the foreshore (area below spring high tide - the "wet", firm sand part) for these activities:

-Burial of dead animals by the Department of Conservation or local council.

-Defence Force activities (prior notice must be given to Bay of Plenty Regional Council, the Department of Conservation and adjacent territorial authorities).

-Certain projects carried out by local councils, Government, and educational institutions. For example:

-Maintenance of infrastructure and facilities

-Use of land yachts.

-Setting up and running temporary recreational events (that are permitted by Rule SO 1).

District and City Councils also control vehicle use on beaches. Follow the links below for the relevant rules and information about vehicles on beaches in your district:

Quadbikes may be driven on the beach with the permission of Tauranga City Council, and provided they use the vehicle access point between 105 and 107 Karewa Parade.

Vehicle access is largely permitted in WBOPDC reserves at current vehicle access points or if the appropriate permit has been received for vehicle crossings. There are exceptions to this rule:

The WDC Beaches Bylaw 2008 largely prohibits the use of vehicles on beaches (apart from emergency service vehicles), unless prior permission is granted by Council.

Vehicle use is also restricted on Biodiversity Sites BS67A Ōhope Spit and BS71A Otamarākau-Matata-Whakatāne Dunes shown on Planning Maps 106A, 107A, 125A, 127A, 505A and 506A. This restriction is in place between September 1 and January 31. It is for the protection of nesting birds and there will be signs set up at the beaches with this restriction.

The ODC Beach Bylaw 2008 outlines that most of the district’s beaches are vehicle permitted areas as long as users follow certain conditions.

ODC has created some vehicle prohibited areas where no vehicles are permitted. These locations include any part of Ōhiwa Harbour within the ODC boundary, the mudflats of Waiotahi river estuary, an area of Waiotahi Beach, and an area of Tirohanga Beach. Maps of these zones can be found in the Beaches Bylaw.

There is an area at Ōhiwa Spit where vehicle use is restricted during the period from December 26 to January 31.

When driving on the beach, make sure you pay attention to your surroundings, look after your vehicle and for others.

If you are unsure, check for any rules the local council may impose on the particular beach to which you are going on.

Make sure you stick to the hard sand nearer the water, but don’t get to close.

Be aware of how fast you are going. Beaches are public roads with set speed limits and the same road rules apply.

Look out for others using the beach. There will be people fishing, walking or sunbathing and there will also be birds seals and other animals.

Try and avoid driving through puddles as you don’t know how deep they do. Motorists driving along Ninety Mile Beach, in the north of the North Island has found that one out the hard way.

Make sure you know when the tide is coming back in. This can make it tough or impossible to get back.

Once you get home, make sure you hose down your vehicle. The salt and sand can speed up corrosion, especially to its undersides.

Did that come out of a cracker? Kiwis cannot stick to the rules on the road, never mind the beach.

Oh no, not another article that starts off encouraging people to drive on our beaches. Beaches were defined as ’roads’ to give councils jurisdiction over them. Most were promptly closed to protect them, with access rules applied. The problem is, wheel tracks made by transgressors can be visible for weeks. This leads mobile beach visitors to think the beach has open access, and they drive straight past the restriction information signs leaving families no flat areas to lay a blanket. The few idiots that drive on the restricted beaches spoil it for everybody.