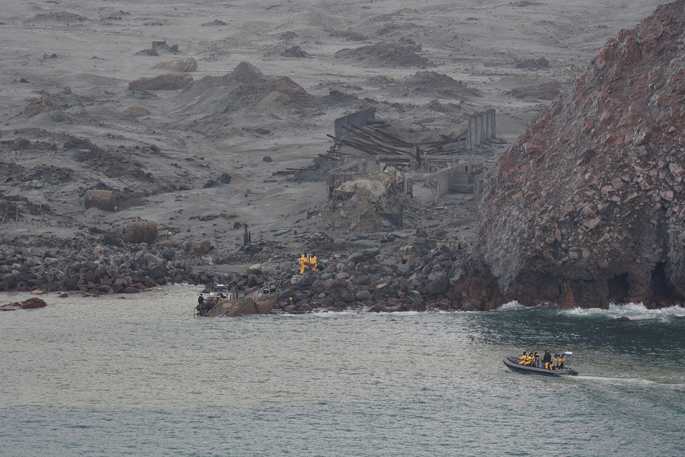 The search for the two missing victims of the Whakaari / White Island eruption has been suspended.

“Sadly no further items of significance have been located. The families of the two missing people have been informed of this decision.

The two people who are still officially listed as missing are 40-year-old tour guide Hayden Marshall-Inman and 17-year-old Australian tourist Winona Langford. Police say they presumed their bodies have been washed out to sea.

The death toll from the eruption has risen to 17 with another victim dying in Middlemore Hospital on Sunday evening - not counting the two missing victims.

There are still considerable pressures on New Zealand's burns units and hospitals, with 14 patients in centres across New Zealand.

Peter says yesterday it was still very hard for patients, their families and staff two weeks on from the deadly eruption.