Tauranga teen off to USA college 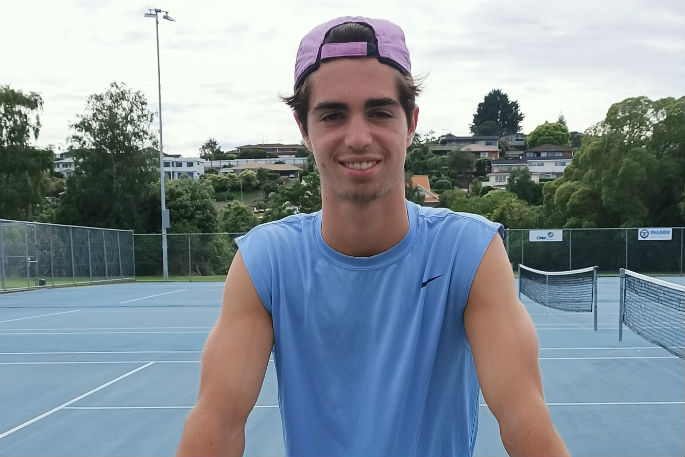 The 18-year-old from Tauranga will soon start a four-year scholarship at St Mary’s College of California where his focus will be an interesting mixture of tennis and physics.

Caelan is excited to be joining one of the best tennis programmes available plus begin an intense academic programme that he hopes will continue through to a Masters in Science.

“St Mary’s is located about 20 miles outside of San Francisco and is a Division One school which is the top division so I get to compete against some of the best teams in the States,” says Caelan.

“I am doing a Bachelor of Science in physics. I have always been quite into my sciences. I am hoping to do further study, either a Masters and then PhD in Astrophysics hopefully.”

Clearly Caelan is no one-dimensional athlete without plans for the future after sport but he has a strong determination to go as far as he can as a tennis player.

“I definitely want to make my way up the (St Mary’s) team and play the best matches I can and get the most out of my college career that I can. When I am done there I hope to give the professional circuit a go.”

Caelan came through the well-respected Tauranga Boys’ College tennis programme from Year 9 to Year 12 before shifting to Auckland’s St Kentigern College for his just-completed Year 13.

“It was really good at TBC and I did want to play for them for another year. It would have been a really nice way to finish it off,” says Caelan.

“But some of the guys I had played tennis with here were moving away and it is quite limited in Tauranga to train to a pretty good level.

“When the opportunity came that I could train at what is known as the best academy for tennis in New Zealand I thought it would be better preparation for going to America as I would be able to focus on my tennis 100 per cent.”

Otumoetai Tennis Club is where it all started for Caelan at the age of eight. He is grateful to all the help he has had over the years from club members and to Western Bay Tennis coach Peter Blow.

Caelan is not the only Tauranga player making headlines in New Zealand tennis. He recently won the 18-and-under national men’s doubles title with Corban Crowther who also took out the age group singles title.

Watch this space for a profile to come on Corban this summer.