Plenty of fun in the Mount this summer 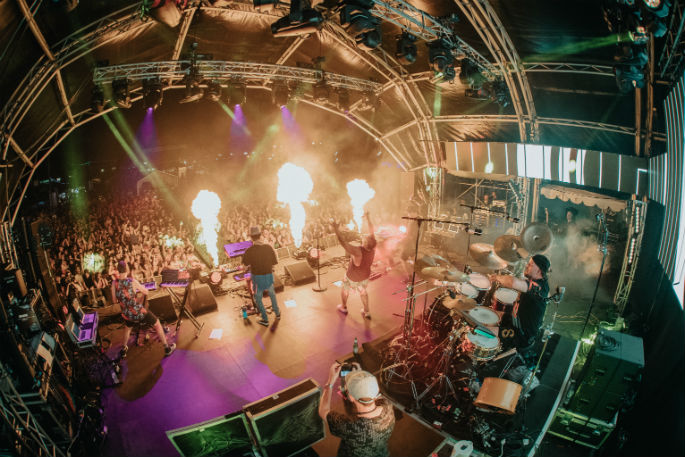 This years’ Bay Dreams is bound to excite and thrill. Photo: Bay Dreams.

The countdown to summer is on and the Mount is once again going to be transformed into an epic music destination for locals and tourists alike.

Bay Dreams Festival is once again sold out but there are still limited tickets available to all other shows.

In total, these events will attract over tens of thousands of people to Tauranga.

Bay Dreams Festival once again has proven to be extremely popular selling out weeks before the event date and attracting 30,000 people. There will also be 4000 festival attendees that will also be camping on-site at Trustpower BayPark.

“We are excited once again to bring a huge calibre of local and international acts to the Bay this summer,” says organiser Pato Alverez.

“We can't wait to show our festival and event goers what we have in store this summer.”

Of course, with this level of tourism to the Bay, there will be some traffic disruptions and road closures around Trustpower Baypark. All road closures will be made public in the week leading up to the event.

All festival-goers attending Bay Dreams will need to use the drop and ride bus facilities provided as there is no parking or drop off areas.

The bus pick up locations are Blake Park in Mount Maunganui, Gordon Spratt Reserve in Papamoa, Durham Street in the City Centre and Windermere Drive in Windermere

And as in the past, there will be a residents’ hotline that will connect to the Bay Dreams team if residents have any questions or concerns leading up to the festival or on the day.

All key details can be found at: www.BayDreams.co.nz

For Bay Dreams’ fifth anniversary this coming January, they’ve made some major improvements to the way the festival is operated, hoping to lead by example in the festival space.

“We have partnered with For The Better Good to create customised Bay Dreams water bottles. They not only look great, but they are made from plants and can decompose in under a month,” says Pato Entertainment’s Mitch Lowe.

“Thanks to The Tent Collectors, all of the leftover tents (used or damaged) will be taken to Greece to assist in the refugee crisis, we are aiming to raise $10,000 for the SPCA this summer through a simple initiative with our guest passes and vendors cutlery and all of our cups are provided from Ecoware, and are also compostable and sustainably made.”