Jack Hoven and Rosie the Studebaker 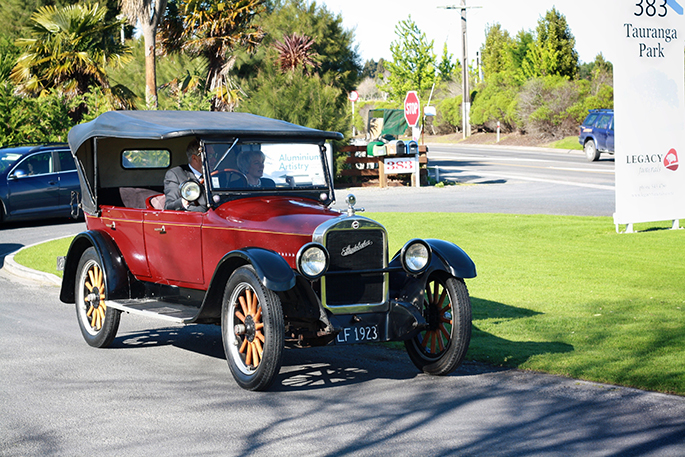 Rosie Studebaker, the car that Jack Hoven wrote a book about.

It’s that Christmas time of year when we need to find ‘just the right present’ to give. My sister Andrea knows that I love second-hand books, so I thought I’d hunt for some myself.

I started browsing NZ authors on Trade Me, discovering a book written in 1997 about paying your way as a NZ travel writer, a book on the Canterbury quakes and a complete guide to yachting and boating in NZ.

Coming across ‘Rosie Studebaker – An Auto Biography’ by Tauranga’s Jack Hoven, I pushed the ‘buy now’ button and four days later it arrived. Delighted, I’d forgotten I was meant to be buying for others. 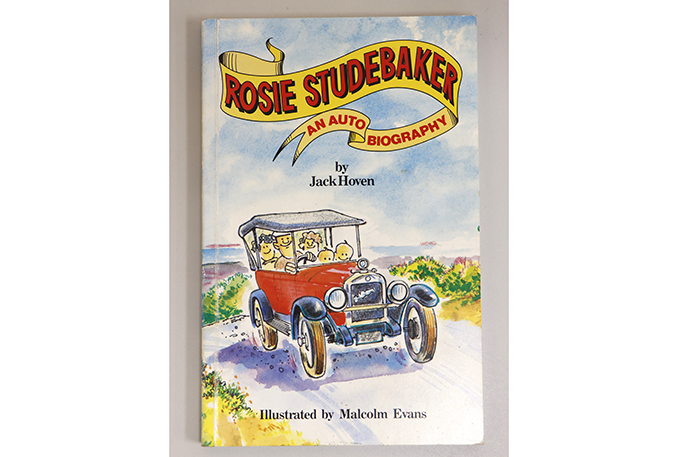 In this beautiful love story, ‘Rosie’, Jack’s Studebaker car talks about her life with Jack. He’d found her lying derelict, and beautifully restored her back to her full glory.

I was saddened recently to learn that Jack had died. He was 90 but by all accounts packed much more into his life than most, and he’s been a popular ‘son of Tauranga’ for as long as I can remember. 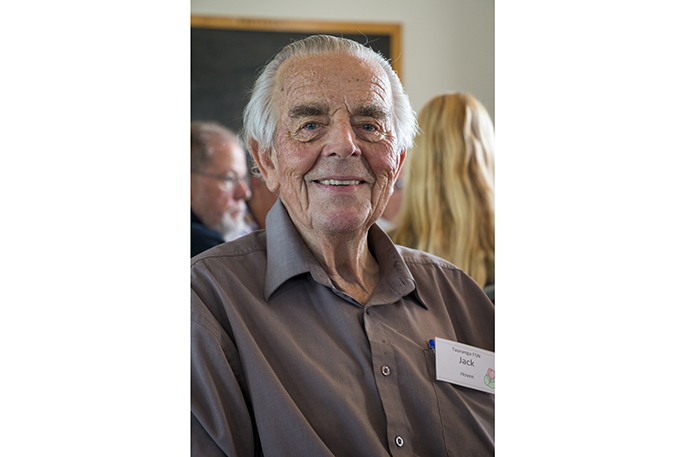 Jack was born in Hilversum, Holland in 1929; sadly his mother died of tuberculosis when he was just 12 months old. His father remarried and had ten more children.

When war broke out Jack was young enough that he didn’t have to go to Germany as forced labour. His older brother and friend were in hiding, but Jack was still able to run errands and make deliveries of meat on his butcher’s bike. Sometimes he would cycle all the way to Medemblik, 100km north of Hilversum, to visit his stepmother’s family to bring them meat and return with fresh vegetables and potatoes, often in the freezing cold or returning in the dark after curfew. 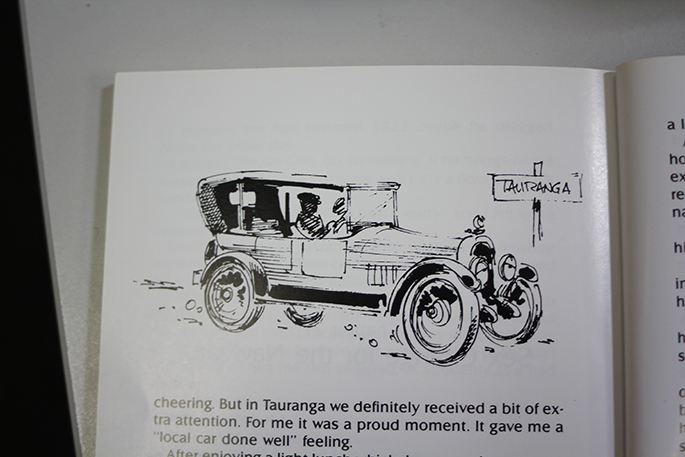 Jack and his good friend Tom van Dijk both became butchers with long, cold hours for little pay. After the war Tom immigrated to New Zealand, ending up working at Reid’s Bacon Factory in Tauranga. When asked if he knew of another Dutch butcher, he wrote to Jack, who didn’t hesitate.

Jack had only just met Nell, his future wife, at a dance the week before. Expecting her to be disappointed that he was leaving for NZ, he was thrilled when she said “I have a girlfriend with three brothers in New Zealand and we’re already making plans to go there!”

“Well we better stick together then.”

He flew to NZ in 1954 on ‘The Flying Dutchman’, a DC6, a journey that took eight days from Amsterdam to Rome, Cairo, Karachi, Calcutta, Darwin, Sydney and finally Auckland. On arriving, with £10 in his pocket, he wrote to Nell saying “I have found paradise and I’m never going back”. She followed six months later after Jack had saved up £80 for her airfare.

When Jack introduced Nell to his boss Bill Reid, Bill said “Well she’s very attractive” to which Jack replied “Well, you don’t think I would have paid £80 pounds for an ugly one!”

This is how I remember Jack – always with a smile and a sparkle in his eye, ready to tell a story or make a joke, putting others at ease. I remember going to his Hoven’s Delicatessen which he and Nell opened in 1959 and ran for 15 years. He also spent several years in real estate, became the area manager for Southern Cross Building Society and later also ran a vintage car museum in Te Puke called The Auto Barn. 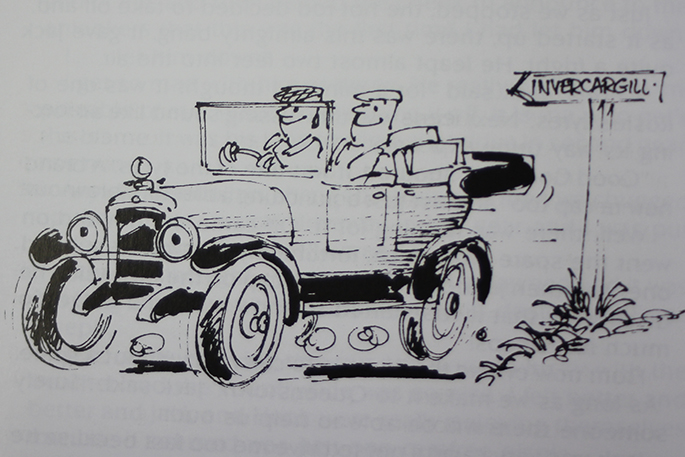 He and Nell loved going on vintage car rallies, which included overseas trips to Holland, England and to drive Route 66 in America. After Nell passed away, Jack was fortunate enough to meet Jenni who also shared a passion for vintage cars and they spent 17 years together enjoying many vintage car rallies. 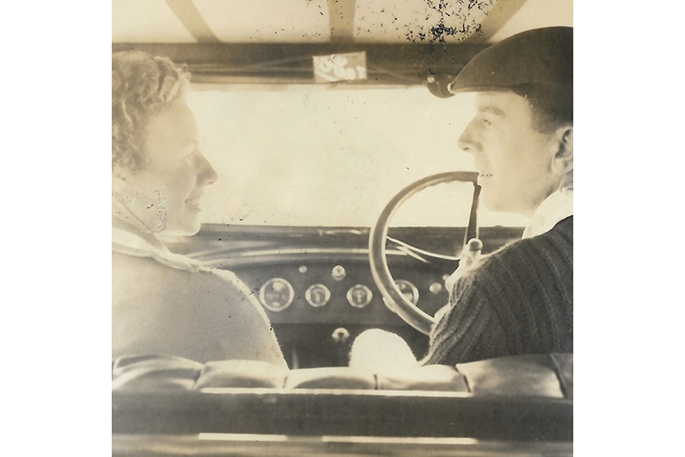 I found myself reading his book about Rosie backwards and forwards, flipping through to random chapters to see what observations Rosie had about these times.

Looking for NZ authors is a fascinating pastime, even if not buying a book as a Christmas present. You get to explore your own country by reading what others have written, and it opens up ideas of places to go and see. Books can become much loved friends. As can cars. 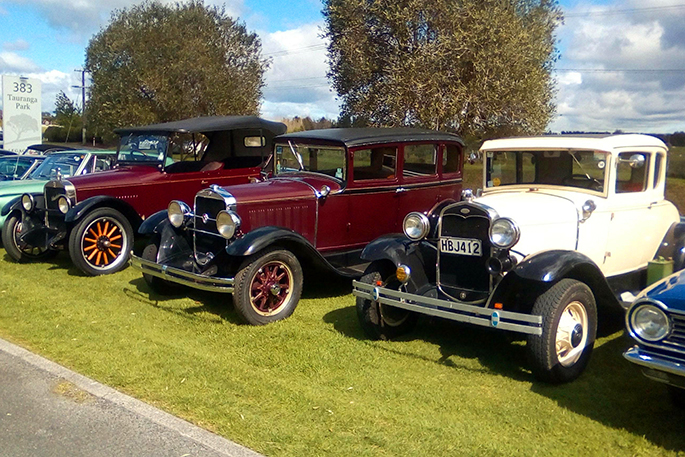 Three of Jack's Studebakers lined up at his funeral

From a young age Jack had a passion for vintage cars, gaining his drivers’ licence in a Studebaker and always fascinated by them. He got his first Studebaker, Rosie, in 1959 and another eight followed.

Jack was at the first meeting of the BOP Vintage Car Club in 1958, turning up in his 1924 Chev, an old wreck, which he had proudly painted maroon and black with a brush.

He spent many evenings lovingly restoring vintage cars including a 1937 Studebaker Hearse. When Nell saw it she asked “What is this, are you getting things organised for my funeral? It’s a bit soon isn’t it?” to which Jack joked “I’ve got to restore it first but don’t worry, I’ll get it ready in time!” 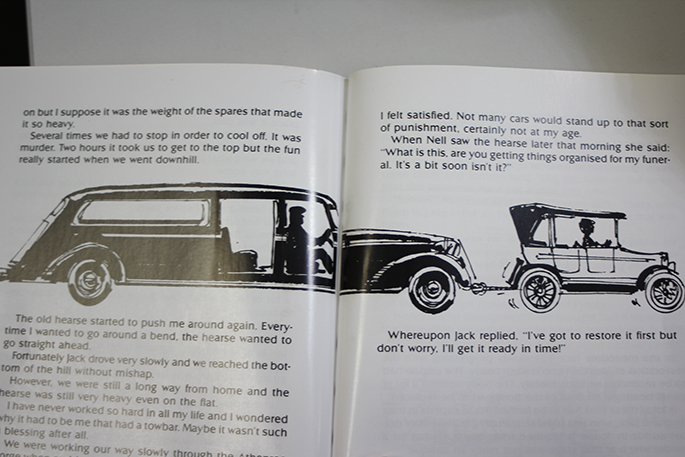 The illustration of the Studebaker hearse, drawn by Malcolm Evans

Jack rarely missed a vintage car club meeting or run and even once drove a 1918 Studebaker from Cape Reinga to Bluff and back.

For Jack’s funeral, Whanganui’s Dempsey & Forrest Funeral Service drove the fully-restored 1937 Studebaker hearse Jack once owned up to Tauranga. Rosie and other vintage cars lined up, as friends came to honour him and pay their respects. 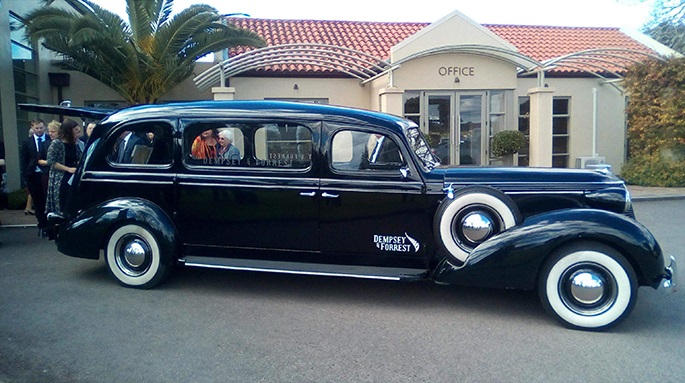 We will miss Jack and his love of life, family and Studebakers. 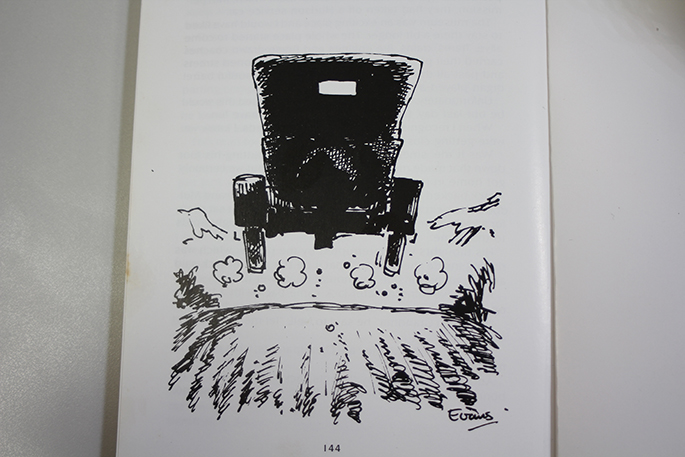 Well written, I remember looking over his cars at local car shows over the years. I hope the cars are treasured by those who have them now