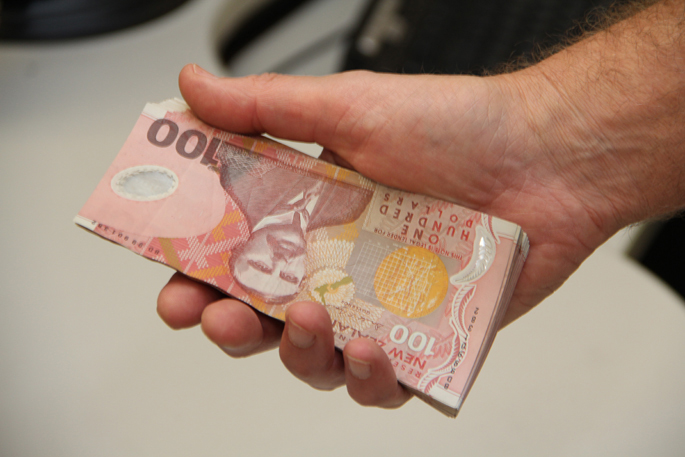 It’s thought that Kiwis are planning to spend almost $1000 on Christmas festivities with gift cards the present of choice.

This is according to new research from Accenture New Zealand.

Kiwis are embracing online shopping but will still browse in-store for gift inspiration. Grocery costs are a major factor in festive spending, but Kiwis are more willing to treat themselves with premium brands at Christmas time.

According to Accenture New Zealand, Kiwis will be splurging on gifts, food and alcohol, Christmas will be a more frugal affair across the ditch in Australia.

The research, which surveyed 1500 Australians and New Zealanders and was conducted by Coleman Parkes Research, found the average Kiwi will spend NZ$952 this Christmas. The typical Australian will spend only NZ$726.

What’s under the tree this year?

Accenture New Zealand’s research shows New Zealand respondents are set to give clothing and footwear as the number one present this Christmas, according to 57 per cent of consumers.

Gift cards for stores, restaurants or online shopping - 52 per cent - are the next choice, followed by toys - 50 per cent.

The trend is similar in Australia, with more than half of respondents - 56 per cent - saying gift cards will be their present of choice.

Australians and Kiwis will spend about a fifth of their Christmas budgets on gift cards alone - 23 per cent and 18 per cent respectively.

Although Kiwis are increasingly looking online for gifts, browsing in-store remains the top choice for people looking for ideas. Almost half - 47 per cent - of all Kiwis favour bricks-and-mortar shops for inspiration, followed by personal recommendations - 38 per cent - and retailer catalogues - 26 per cent.

But when it comes to purchasing gifts, 41 per cent of New Zealanders say they will go online to buy compared to 34 per cent of Australians.

About one-third of Kiwis plan to hit the stores in early December. Just under a of the organised say they picked up gifts throughout the year and 21 per cent will leave things to the last minute, doing the dreaded shopping rush in the final two weeks before Christmas Day.

More than a third of both New Zealanders and Australians cited grocery costs as the main factor impacting household spending during the holiday season.

Still, shoppers are more likely to go for big-name brands rather than budget labels at Christmas time.

More than a third of both Kiwis and Australians say they will likely trade up to premium brand food items over the Christmas holidays.

“We have seen this trend over the past five years, which we call ‘Physical Fights Back’ - where we see the divide between digital and physical experience reducing.

"Brands are now looking at how they provide consumers with shopping experiences that are seamless across different physical and digital touchpoints.

“This gives consumers choice on how they want to shop. These options include researching a product online to be collected in-store; using a mobile app instore to get extra product information; or doing in-store research before finding the cheapest price online,” says Ben.

"The influence of online platforms and advertising on gift ideas also seems to have more currency in New Zealand than in Australia, as Kiwis say they’re more likely to research gift ideas through digital advertising and social media.

“Instagram, Facebook adverts and YouTube videos are increasingly influencing Kiwis’ spending habits whereas Australians seem to have a stronger preference for the traditional advertising channels such as retail catalogues.

"The future of retailing is undoubtedly going to be digital infused, but in-store remains increasingly relevant for Christmas sales in New Zealand. With the majority of consumers planning to spend-instore, providing simple, connected and personalised experiences will remain a key differentiator for retailers to win the attention of Christmas shoppers."