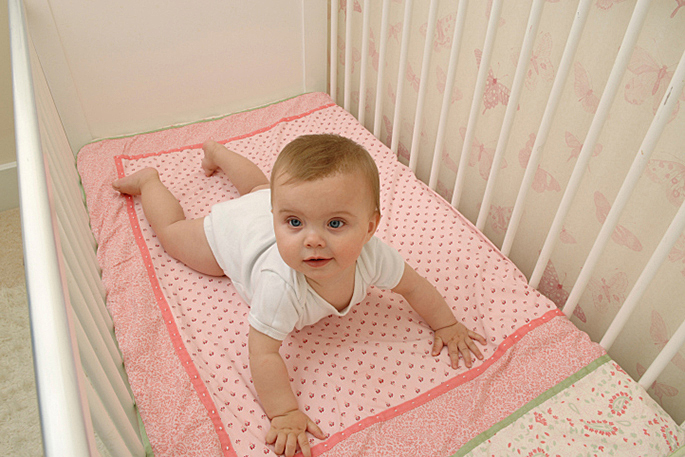 Inclined infant sleep products, which have been attributed to multiple deaths in the United States, are now banned in New Zealand.

An Unsafe Goods Notice published in the New Zealand Gazette means that it is now illegal to import or sell inclined infant sleep products in New Zealand.

“Inclined sleepers are a major risk for infants. While fortunately no deaths or injuries have been reported in New Zealand, evidence of serious harm from overseas shows that these products are unsafe,” says Brendon Noonan, senior advisor for product safety at Trading Standards.

“These products carry the risk of suffocation and go against safe sleep guidelines, which advise that infants should always sleep on their back, on a firm and flat mattress.

“There are two main risks for babies sleeping at an incline: it can cause their head to fall forward or to the side and prevent an open airway, and they are at greater risk of suffocation if they roll over, compared to a flat surface.”

At least 73 infant deaths implicating inclined sleepers occurred in the US between 2005 and 2019. The United States Consumer Product Safety Commission recently advised parents and caregivers not to use these products, and has announced the recall of several inclined sleepers.

A voluntary recall of two inclined sleepers took place in New Zealand earlier this year: the Fisher-Price Rock ’n Play Sleeper and Kids II Rocking Sleepers. Of the inclined sleepers recalled in the United States, these were the only products identified for sale in New Zealand. “The Unsafe Goods Notice is also a timely reminder to keep the Ministry of Health’s safe sleeping guidelines top of mind; ‘face up, face clear, smoke free and breast fed’,” says Brendon.

Safe sleep guidelines, in New Zealand and internationally, do not endorse infants sleeping on an incline of any angle.

Plunket’s Chief Nurse Dr Jane O’Malley says, “The safest place for infants to sleep is on their back in their own sleep space. This can be, for example, in a cot, bassinet, or wahakura, which provides a firm, flat surface and is clear of anything that may cover their face or choke them”.

The Unsafe Goods Notice will remain in force for the next 18 months.

For more information about safe sleep see the Ministry of Health website or talk to Plunket on 0800 933 922.