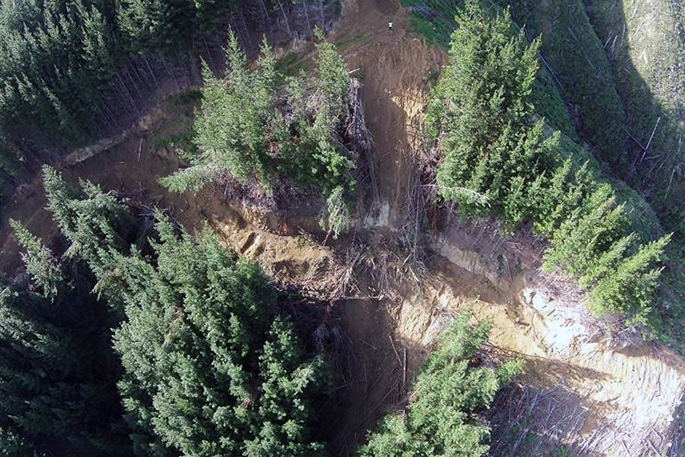 The officer was found to have breached a trespass order a number of time by entering the Kaingaroa Forest between October 2017 and May 2018. File photo.

The Independent Police Conduct Authority has found that a police officer breached a trespass order by entering the Kaingaroa Forest on a number of occasions between October 2017 and May 2018.

On two occasions he took firewood from the forest without permission, says a statement from the IPCA.

On January 17, 2016, a vehicle towing a trailer entered the Kaingaroa Forest without a permit.

The forest's security manager wrote to the registered owner, a police officer, asking him to explain his presence in the forest.

The forest's security manager received no response and issued a trespass notice against the officer, for two years from the date of issue, May 25, 2016.

The officer told the Authority he was not in his vehicle at the time and despite his best efforts, he did not discover who was.

The officer failed to write to the forest security manager to provide an explanation.

On March 26, 2018, after finishing duty for the day, the officer drove into the forest in a Police truck, towing a trailer, to collect firewood, says the IPCA.

He did not have a permit to enter the forest or permission to take the firewood. After taking some firewood, the officer drove to his home address in the Police truck and kept it there overnight.

The following day, the officer was rostered to work but instead drove the Police truck back into the Kaingaroa Forest, to collect firewood.

On this occasion he was found by two security staff who established that he did not have a permit to be there or permission to take firewood. The forest security manager realised the officer was still prohibited from entering the forest and notified Police.

"The officer not only trespassed in the Kaingaroa Forest, he breached Police policy by using the Police truck for private use when collecting firewood while on duty. The officer failed to meet the expected standards and values of a Police officer," says Authority Chair, Judge Colin Doherty.

The Authority also found that police did not know the officer had been trespassed from the forest until the officer told his supervisor in December 2017.

In a response to the IPCA’s findings, police say they acknowledges IPCA report on officer who breached a trespass order.

Police conducted an investigation into the officer’s actions and notified the IPCA.

The officer involved has been through an employment process and police are unable to detail this for privacy reasons.

He remains a police employee.

“We have high expectations for our officers and we acknowledge this officer’s behaviour in going into the forest was inappropriate,” says Bay of Plenty District Commander, Superintendent Andy McGregor.

“I am confident the officer has taken learnings from this experience.”

So, it would seem.

...that an officer of the law paid by the public to actually uphold the law had several times broken it ( the law) and using a vehicle supplied by his employer paid for by the public....is still employed by NZ Police?...WOW!..going back into the forest ( several times) was ’innappropriate’?..from a Regional Commander?..is that it?...what is ’innappropriate’ here is the naivity and lack of leadership shown by this officers employer. Yes he has ’learned from this experience’..that he and others can do it again..and again....

Where do Police draw the line when deciding what level of criminality is acceptable for employment? Maybe we can give jobs to prisoners and gang members. They are already trained.