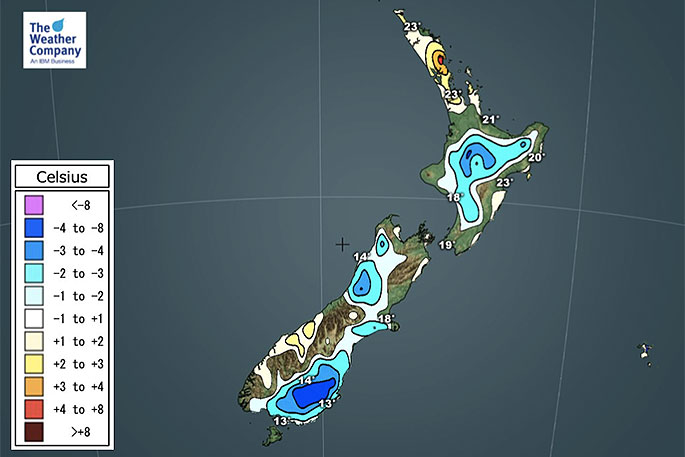 Most New Zealanders have noticed a temperature drop this week and another is coming on Friday, possibly colder for some places.

Friday's cold change is the second of three cold changes moving over New Zealand before Christmas Eve, then high pressure should calm things down and warm things back up, says WeatherWatch.co.nz

"The cold change on Friday won't impact the upper North Island until the cold front arrives later in the day - before that there's a warmer W to NW wind flow which will help push temperatures above normal for a time.

"Many places in the lower and eastern South Island have highs beween 11 and 15 degrees on Friday."

By Friday night WeatherWatch.co.nz says that every single region in New Zealand will be colder than average by a couple of degrees to over several for this time of year. 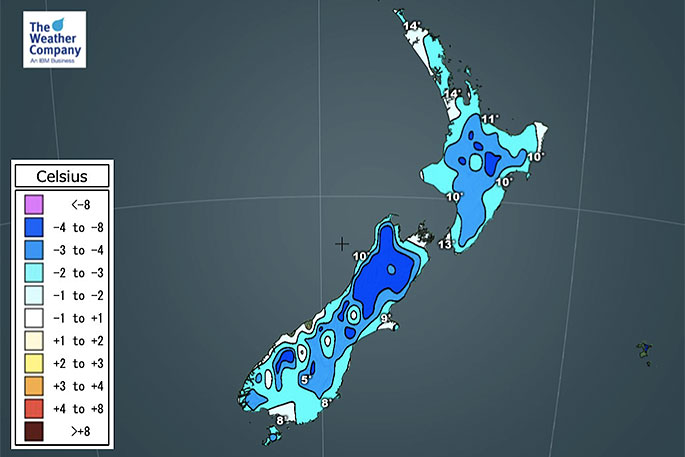 Forecast temperatures during the night.