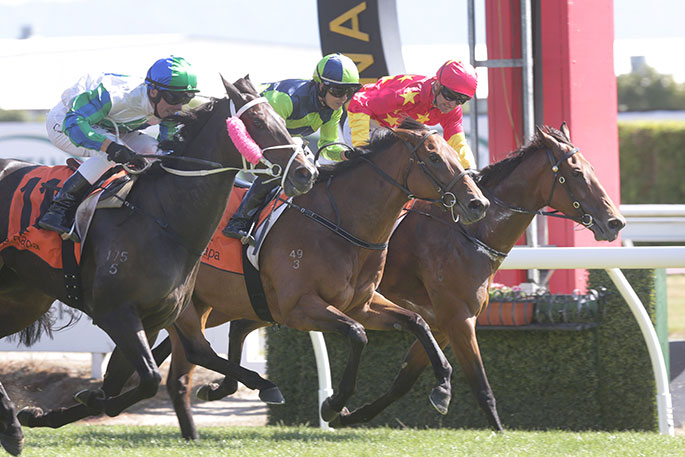 Tauranga trainer Jim Pender took the Underrated mare The Real Beel to winning glory after a disappointing Australian spring campaign, when she stormed home to take out the Gr.2 Cal Isuzu Stakes (1600m) at Te Rapa.

The pint-sized Savabeel four-year-old had four unplaced runs in Melbourne during September and October.

Returning to the care of her original mentor Jim Pender, The Real Beel had been taken along quietly before stepping out in public for the first time at the Te Aroha trials eleven days ago where she registered an impressive effort to down top-class sprinter Volpe Veloce over 1000m.

Sporting the Chittick family’s famous Waikato Stud colours, The Real Beel was allowed to start at outside odds of $25 in Saturday’s fillies and mare weight-for-age contest and defied her knockers to register an all-important black type victory.

Rider Craig Grylls produced a peach of a ride and asked for a final effort at the 150m The Real Beel sprinted hard to hit the front.

“It’s amazing and for Garry to give her back to me, I’m just absolutely rapt,” says an emotional Jim.

“She’s a funny little girl as I had to change around a few boxes in the barn until she was happy and comfortable when she got home.

“My son (Kelly) does all the work on her and when you see the size of him you think 'gawd'.

“He just loves her and she just gets on so well with him.”

The Real Beel finished second behind Long Leaf, in the $1m Karaka Million 3YO Classic (1600m) at Ellerslie back in January.