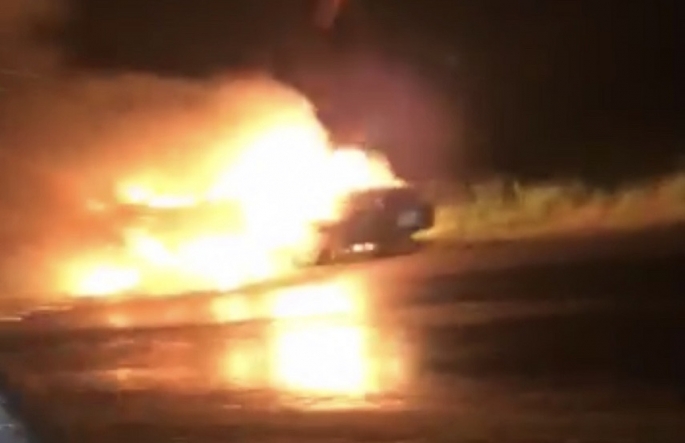 A SunLive reader reports that emergency services are at the scene of a car that has become engulfed in flames near Te Puke tonight.

"There is a car on fire north side of Te Puke, blocking traffic. This took place at 10.40pm tonight.

"No one was in the car when it burst into flames.  The driver and passenger can be seen standing  by fire trucks."

Meanwhile further east in the Rotoma area another car has been reported also on fire.

Police received a report of a car fire on Braemar Rd in the Rotoma area about 10.40pm. The location is between McIvor Rd and Mangaone Rd. It is unknown if anyone has been hurt.

Police also report a tree coming down on top of a vehicle on Ohope Rd, Maraetotara between Whakatane and Ohope.

"It was reported about 10.10pm," says a Police spokesperson.

"No one was injured ad Police are arranging traffic management."