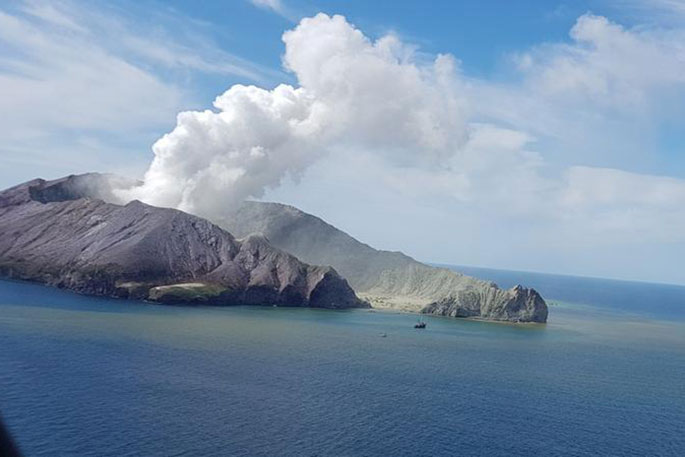 Worksafe chief operating officer is giving no details on what audits have been done of White Island Tours, which took tourists to the island last Monday.

"Did the operators fulfil the expectations around health and safety audits and so on? The question may well be was that regime itself adequate and did WorkSafe do their job?"

Jacinda says WorkSafe couldn't look into it themselves and she's looking for more advice on that.

There are two investigations underway: one by police on behalf of the coroner and the other by WorkSafe, as is mandatory when a fatality occurs at a workplace.

WorkSafe chief operating officer Phil Parkes told Morning Report it would investigate whether the regime was fit for purpose.

He says just being on the island didn't qualify as adventure tourism under current regulations.

"There has to be a workplace, paid activity. The operators have to be providing some sort of guiding during that episode.

"If the operator was taking people to the island and providing guided tours, then that would be covered by the regulations."

Employers have the obligation to look after their workers and people in their care, he says.

"There's additional layer of regulation which is specific to adventure activities. For those regulators, they have to go on the register and there's a third-party audit company that looks at the safety procedures. WorkSafe doesn't directly audit their activities."

He says he can give a general assurance that audits were taking place.

"In general, activities that are on the register have an audit by a third-party auditor. That audit is undertaken every three years and then there are surveillance audits done annually. And WorkSafe provides the standard for those audits."

Helicopters 'should have been registered'

The helicopters weren't on the register. There had been ongoing discussions between WorkSafe and the companies. That would form part of the investigation, he says.

"Our position has been for the last two years that there were some operators who were taking trips to the island that should've been registered."

He says differing views on the regulations between the operators and WorkSafe brought discussions to a stalemate.

However, if WorkSafe did feel that a company should be on the register, they would let the operator know, or a penalty could follow, says Phil.

He won't say why WorkSafe hadn't followed up with the helicopter operators regularly, adding that it was up to the independent investigation of the agency to determine a conclusion.

"I don't want to comment on anything that's going to prejudice our investigation..

"We need to look at who was on the island, what activities were carried out, how they were managing their risks, how all those tour operators work with transport providers - that's a really complex investigation. This is the biggest investigation WorkSafe has done since it's been set up. It's going to take us a number of months to sort through that information."

There was the potential to take legal action so it had be done carefully, he says.

"In general, I can give assurance the adventure activity regime is in place and the audits are taking place." The government yesterday announced that $5 million to support small businesses in the area, and those on the West Coast who were cut off by flooding last week.

"For businesses in Whakatāne and down the West Coast there's been significant disruption. We'll develop criteria over the coming weeks and have that available in the New Year. If there's a need for more assistance, we'll work towards giving that."

He says it's too soon to say whether a Royal Commission of Inquiry would be resorted to, and that the prime minister was seeking separate advice too.

"We'll look to see if there are any gaps that need to be plugged but for now, we have the WorkSafe inquiry getting underway and the coroner's."

He acknowledges the funds for businesses wouldn't cover people 100 per cent, but would help tide them over.