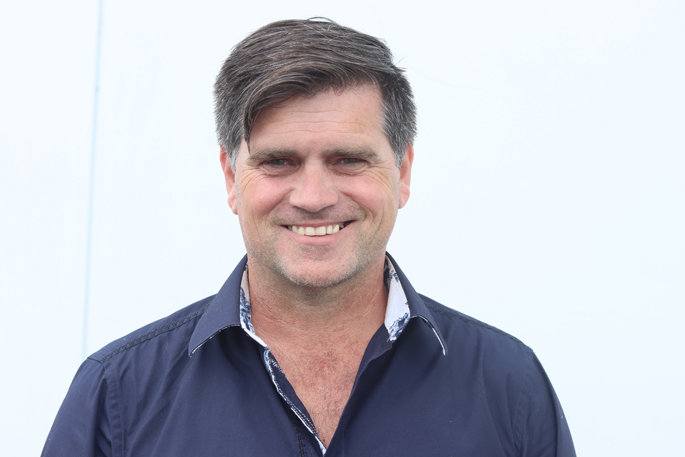 Comments made by Tauranga City Councillor Andrew Hollis continue to fuel a disagreement between himself and iwi leader Buddy Mikaere.

A local historian and former director of the Waitangi Tribunal, Buddy says because of Andrew’s previous comments about the Treaty of Waitangi, his presence on council is a conflict of interest and he should be stood while council seeks legal advice on the matter.

“His [Andrew’s] publicly stated views about the treaty, how it's a joke how it’s past its use by date and ‘let’s stop the treaty gravy train’. Those kind of statements are not helpful and seriously objectionable to tangata whenua especially here in Tauranga.

“The Treaty of Waitangi is central to the legislation under which the council operates, that’s the Local Government Act 2002. Part one of that act talks about needing to observe and give effect to treaty principles that's a fairly clear and direct message from government.

“The previous councils have made arrangements where we have various committees of council in which tangata whenua are represented and were able to participate in the formulation of policy or whatever through those means.

“But the crunchy part comes, I think when the time to make a decision by council, and they actually vote on something and that's where, tangata whenua have a serious objection to Mr Hollis being able to participate in any of that,” says Buddy.

“My submission goes through the legal position, points out the obligation of council under their own, legislation to take treaty principles into account.

“I also pointed out to them that under their own standing orders there is a breach occurring there and if this person has a conflict of interest he should be stood down.

He has encouraged council to get a legal opinion on whether or not Andrew’s presence on council is a conflict of interest.

“Go away and get a legal opinion on whether my view is correct or not and bring it back, but in the meantime have him stand aside so you can carrying on with the business council without the possibility that because he's there any decisions made by council can be challenged legally.” 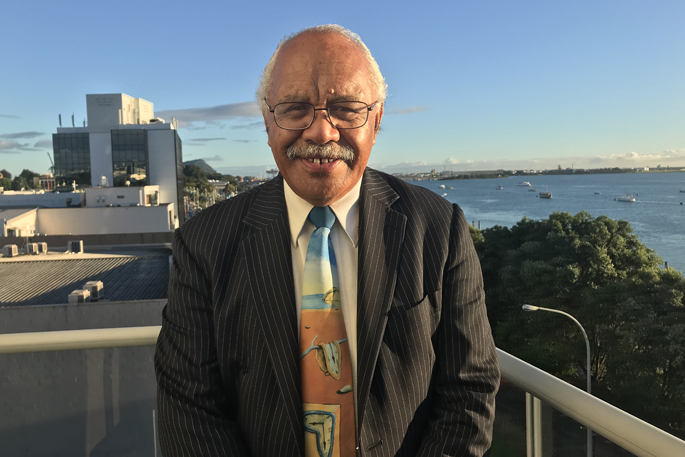 Tauranga Council has sought legal advice and in the agenda for the Ordinary Council Meeting Tuesday, 17 December are documents from Brookfields Lawyers.

The documents say that in regards to matters raised in Buddy’s submission to council, there is no power for council to stand down Andrew as a councillor.

“Council could not exclude Cr Hollis from any general meetings of council on the basis of perceived predetermination unless Cr Hollis were to make a declaration of a non-financial conflict of interest which would exclude him from being able to participate in deliberation or voting on a matter.

The document also states that elected members are under obligations under the council’s code of conduct to conduct themselves in an appropriate manner with other members the community and with media including social media.

“We are not aware of any code of conduct complaint having been made and note that any comments made by Cr Hollis prior to being sworn in as an elected member could not be dealt with under the code of conduct.”

Andrew says he 100 per cent supports Buddy’s right to make a submission to council but he feels that calling for him to be stood down is a “bit of a waste of time”.

He says Buddy has got the message that Andrew was trying to portray wrong.

“He says I deny the treaty and that's not what I've said in any way, I said I’d like to see the treaty end.”

“Of course there was the burn the treaty comment which was taken fully out of context and blown far beyond its need.

“But it comes back to I think that the treaty's done its job and once all the settlements are complete we shouldn't need to lean on it terribly much at all.

“The fact that I've got an opinion about what the [Waitangi] Tribunal is and what the treaty is don’t mean a blind thing when it comes to following the Local Government Act.”

“I'm disappointed in Buddy in that the number of times that I've reached out to him and we've actually had a couple of conversations, that have seemed to go somewhere and he gave me a copy of his book. “I thought that it was a good gesture and for him blow up into this, and this was well and truly after my my comments were in the public arena, it wasn't a new thing for him.

“I just think it's disappointing that he's taken this and I think that what he's doing is being divisive.

“He accuses me of being divisive and yet he's the one that's causing division. I'm just getting about my business with an opinion.”

Buddy on the other hand says he has invited Andrew to his home but he hasn’t taken up the invitation.

“He doesn’t speak to me for some reason although I have invited him to come to my home and to have a discussion.

“I'm happy to meet with anybody and debate this issue with them.”

The issues Buddy has raised in his submission will be addressed again at the council meeting on Tuesday.

It is interesting to me, that the hateful and racist comments usually come from people that HIDE behind a non de plume....come on SUNLIVE, make everyone USE THEIR OWN NAME. Andrew does not deserve to speak for Maori, when he breaks both the code of conduct of a Councillor and the Local Govt Act, that he swore an oath to when sworn in....BUT there are enough rednecks in this city, to keep him there....it will not be made easy for him. His decisions made as a Councillor will always be against Maori....there is a word for that.

of how many people agree with Andrews opinions, it has been shown that most are uninformed. The reality is that directly or indirectly all present day N.Zers have benefited from immoral land confiscations e.t.c. Indications from many of these comments are that frustration trumps common sense.

Let's stick to the facts.

Andrew is only saying what the vast majority of the public think. Don’t believe me, then let’s go back to the polls on this issue. Further, how many Full Blooded Maoris are there in NZ?

Nigel Farage has formed political parties and won many votes and seats in the very parliament he wanted to see the end of. No conflict of interest. It’s called free speech, an opinion, using your ELECTED position to drive debate and change. Buddy is just sad that he lost out when he stood so now he calls for his opponent to stand down. Presumably so he can stand again. No conflict of interest there eh Buddy! Do one.

The treaty monies comes from the New Zealand taxpayer, European, Asian and Maori alike, all New Zealanders. This arangement is totally unfair when it was the English and the Maori that were responsible for any historical greavances, not the people of today. Maoris should put all propositions to them and leave the present tax paying New Zealand citizens out of these negotiations. They are not responsible. Imagine the chaos the world would be in if every historically aggrieved nation were to take the same approach as the present day Maori claimants are taking. It would take rediculousness beyond the extreme. The distribution of previous payouts is a huge dissapointment to the present day Maori people in particular who are being taxed from one hand and receiving nothing in the other hand. These people are being punished from all directions through no fault of their own.

Andrew is wrong and therefore divisive

Andrew is wrong saying that the Treaty is just about Treaty settlements. Parliament created the Waitangi Tribunal to make the Treaty partnership an active part of government, including local councils. Andrew swore an oath to uphold the Treaty. He has previously made anti-Treaty comments that he still stands by even though he swore the oath. His actions are divisive.

This man claims he is right and you are wrong,some of his views are very militant and he should step back and take a hard look at himself.

Pull your head in Buddy. Andrew is entitled to his say & gas been elected by the people. I for one because he speaks truth & what a lot if people believe & have no platform to say. Well, Andrew’s it. You can’t dump an elected member. Maybe you’d like to step back for now. Until "the matters resolved"

The Treaty of Waitangi is a contract between Maori and the Crown. Andrew expressed views, that are not in any way related to his obligations to the responsibility he has to council. We are not "one people" until Maori decide that is their wish. Given historic abuses, that position is unlikely in the near future.

May I suggest that EVERYONE on council will have a conflict of interest is some obtuse way. I respect Buddy, but on this matter I think he is wrong to keep perpetrating what seems to be a Vendetta against this councillor voicing an opinion. I am a staunch supporter of freedom of speech and this seems an attempt to deny that right to the Councillor.

An honest Councillor - AT LAST -- and I suspect he has the "quite" backing of 99% of the local residents !!!

In this Regard I agree with Andrew

I have not , on occasion,agreed with Andrew in the past but I wholeheartedly agree with him in this matter. It is NOW TIME that the ’past’ was laid to rest or we will NEVER be able to progress forward as ONE PEOPLE. Let the ’current’ treaty claims be settled and then that’s an END TO IT!!! WE ALL need to move forward! The planet is in a bad state, a lot of Kiwis are in a bad state and we ALL need to look to THOSE issues. Issues of poverty NOT race. If you try to move forward while constantly looking backward you will only ever stumble!. It’s TIME.

Buddy does not appear to understand the difference between a conflict of interest and a difference of opinion, the second of which relates to free speech.