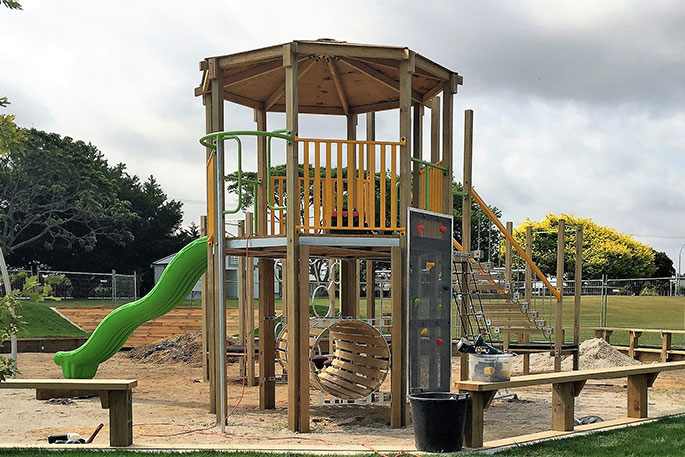 A two-storey tower is one of the features in the new Paengaroa Playground opening next week.

Just in time for Christmas was the plan – and Western Bay of Plenty District Council got there.

Council is inviting all Paengaroa residents to come and enjoy a morning sausage sizzle to celebrate the new playground opening at the Paengaroa Domain on Friday, December 20, from 11am until noon.

At the request of the community, the playground has been moved further away from the busy state highway and is considerably larger than the former 20-year-old facility.

Garden HQ has built the playground and, as well as the great new equipment, there’s seating, earth mounds and shade trees to make the area really welcoming.

Infrastructure Services Manager Gary Allis encourages people to come along to the opening and spread the word about the great new facility.

Work on the facility started in October and is part of the playground renewals programme in Council’s Long Term Plan 2018-28.