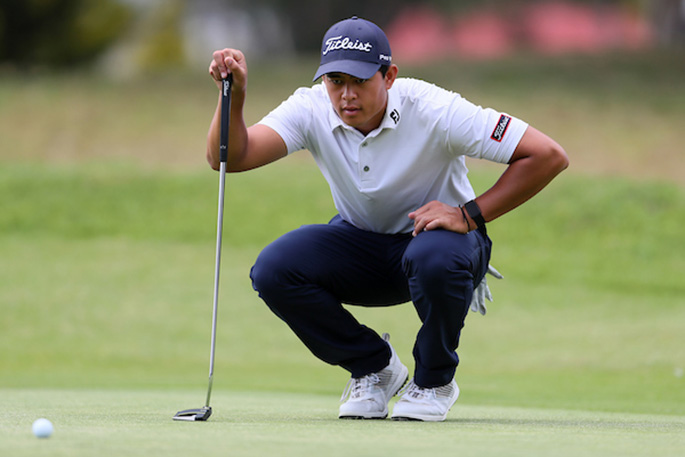 Denzel Ieremia continues to smash the record books at the Christies Floorings Mount Open on the Jennian Homes Charles Tour, getting to 23-under par yesterday after three rounds to hold a new scoring record.

Starting the day at 17-under par, Denzel played near flawless golf to shoot six-under and hold a six-shot lead going into the final day today at Mt Maunganui Golf Course.

Denzel had managed to go through the first two rounds of the tournament without making a bogey. He started the day on Saturday with consecutive birdies on the first and second, before making his first dropped shot of the tournament on the par 5 fifth.

He’d immediately bounce back on the very next hole, rolling a nice eight-foot eagle putt to be three-under through the first six holes. He’d make another at the eighth to make the turn in four-under par.

More birdies came at the 10th and 13th before making another bogey at the difficult par 3 14th. But as he did earlier in his round he’d bounce back with a birdie on the very next hole and finished with three straight pars to have one hand on the trophy with a round still to play.

“Today was pretty interesting. I started off really well and then my game went a little scratchy toward the middle. But I had a few good moments out there where I was able to tighten the screws a little and get myself back in it.

“I made a couple of nice saves on 16 and 17 and had a really good look at birdie on 18 which just lipped out but hey, that’s golf.

“I just want to keep making as many birdies as I can and see how deep I can get it tomorrow,” says Denzel.

The leader says he’s learnt a lot in the last couple of weeks and will also look to apply what he’s learned playing in Jennian Homes Charles Tour events as an amateur into practice in Sunday’s final round.

“It’d be awesome to win. I played these when I was an amateur and I was a lot younger looking up to the older guys. I’ll just put my best foot forward and see what happens.

“When I played in these a long time ago, I learnt that I needed to be way better at the game if I wanted to compete at the highest level; we’ll find out tomorrow if I am,” says Denzel.

Mark has had a front row seat watching Denzel take the course apart having played with him in the first three rounds. He shot five-under par despite finishing badly and will need to come out swinging tomorrow to apply any pressure on the leader.

“I played really solid until the last couple of holes today [Saturday]. I hit a couple of poor tee shots on 16 and 17 which wasn’t the best way to finish.

“I think being six shots back might be a bridge too far, especially with how Denzel is playing at the moment. I can’t see him being caught,” says Mark.

Another trophy on the line today is the season-long Jennian Homes Trophy, awarded to the player who accumulates the most points during Jennian Homes Charles Tour events throughout the year. 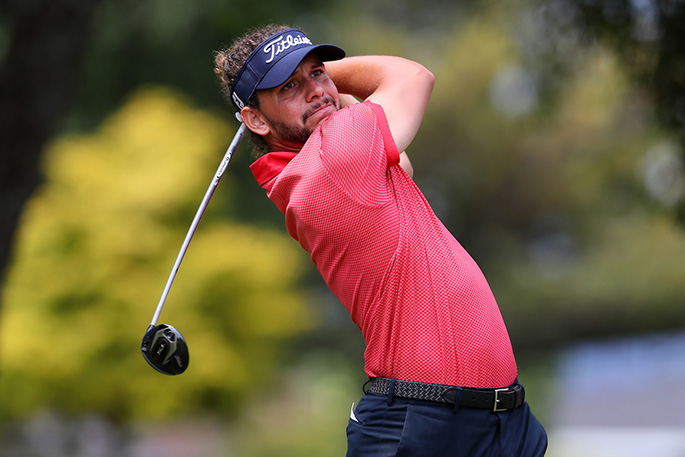 Luke can take the trophy out from Anstiss’s grasp by finishing in a three-way tie for second or better.

He says he’s looking forward to making some ground up today.

“I came out today [Saturday] and achieved everything I wanted to which was just to tighten up tee to green and give myself more chances which I did. I’m excited about tomorrow’s challenge.”

Meanwhile in the women’s field, Fiona Xu has built on her already sizeable lead at the beginning of play on Saturday. 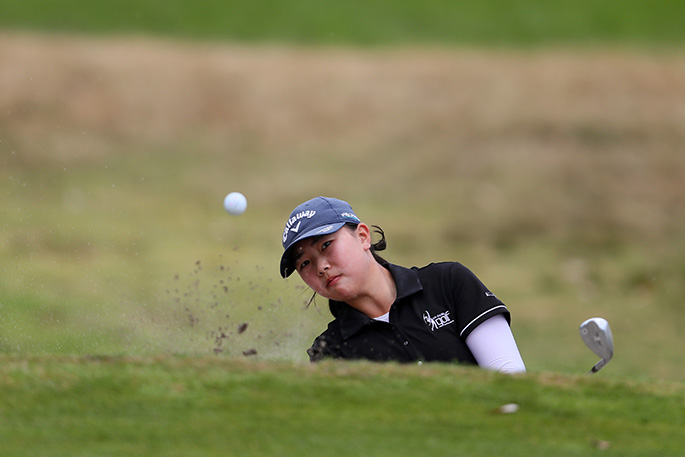 She now leads by nine shots ahead of the final round and is excited to get underway today as she tries to close out her maiden Jennian Homes Charles Tour event.

“It’d mean a lot to win tomorrow [Sunday]. This is the first Christies Floorings Mount Open, so I’d like to get my name on the trophy. It’d also be a great way to finish 2019 off.”

Fiona says her putting has been key all week, and she’s confident more putts will drop on Sunday.

“I putted really well again today. I didn’t have a single three-putt and I managed to keep bogeys off my scorecard today which I was really happy about,” says Fiona.

Play got underway from 7.30 am today.

Live scoring can be found at www.golf.co.nz