Does your portable pool need to be fenced? 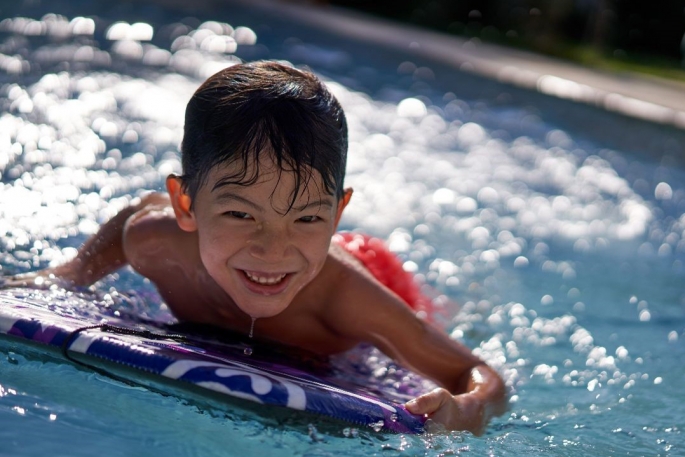 Stay cool but fence the pool.

That’s the message from Sport BOP, Water Safety NZ and Tauranga City Council, who are reminding the public that any pool filled above 40cm must be properly fenced to keep youngsters safe.

The legal requirement is now part of the Building Act 2004 and was introduced to prevent unsupervised children from drowning.

The rule applies to all pools – including the temporary and inflatable types being sold in local shops.

Ray says many retailers selling portable pools often failed to tell customers that they needed to be fenced too.

People think that because the pool is being sold in a shop or online it’s safe and doesn’t need to be fenced, not realising that it posed a serious drowning hazard.

“But it only takes 30 seconds for a child to drown – and this can happen even in shallow water.”

New Zealand has one of the highest fatal drowning rates in the OECD, with most deaths being preventable.

Since pool fencing legislation was introduced in 1987, an average of 10 children drowned every year in residential swimming pools. By 2014, this had reduced to two children every year because of stronger regulations.

“With temporary pools becoming cheaper and more readily available, we’re seeing more of them. But what we don’t want to see is more drownings,” says David.

There are several requirements for pool fences but, in general, they must be at least 1.2m high with a latch at least 1.5m high on a self-closing gate.

People endangering children’s lives with unfenced pools are more likely to be caught this summer because of Council staff enforcing the law and neighbours actively reporting non-compliance.

They face a $500 infringement or prosecution under the Building Act.

there should be fencing around McLaren Falls lake, around all beach fronts, the "tidal steps" at the harbour, the river edge around Greerton Marist field and all the ponds at all the council reserves in Papamoa etc.

Blame the neighbors. Let’s instill a great community Christmas spirit. I honestly don’t want to see anyone drown. That’s terrible but let’s push the blame on the neighbors for dobbing people in. Unbelievable that council is asking us to tell on our neighbors. Yeap, I’m going to tell on you . . . What the . . . Let’s just watch our kids and be safe. PS. Council, your beach needs a fence as does Memorial Park fountain . . .

Ratepayers need to also be reminded that along with fencing of these small pools, there is a requirement under both the Building Code and TCC bylaws that backflow protection is needed. This will prevent any potential contaminated water getting syphoned back into the house water supply and the public network.