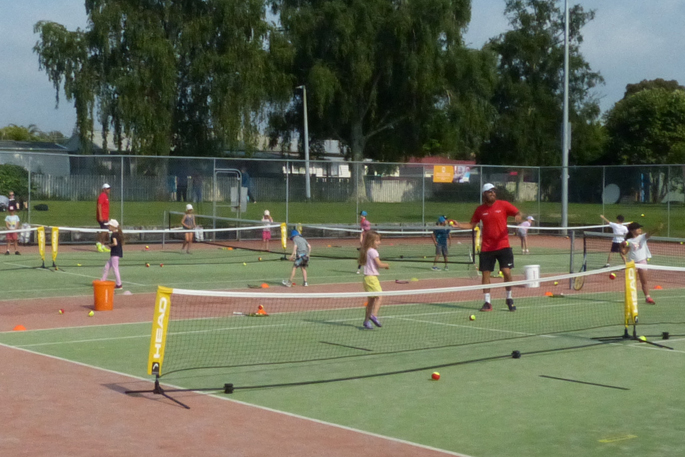 An ambitious resurfacing project for a Tauranga tennis club has received a significant boost from NZCT.

The community funder has approved a grant of $85,000 towards resurfacing eight courts at the Otumoetai Tennis Club.

The club needs to replace all eight of its TigerTurf courts as they are showing signs of failure. Replacing these courts to a safe standard will enable them to last another 15-20 years.

Two other community funders have joined NZCT in funding the project. TECT have granted $47,000 with Pub Charity recently approving funding of $38,000. The club is committing over $19,000 of its own funds towards the project.

“We are very happy with the support given to us by NZCT,” says president Warwick Brew.

“This funding will help the Otumoetai Tennis Club provide excellent facilities for members and the wider community for years to come.”

Otumoetai has 400 members on its books, as well as 200 casual regulars who play in its business house competition throughout the year. The club is proactive in engaging with junior players in the community.

“The club has programmes with five local schools, each involving 150 players per school in class size groups, in a regular year-round basis,” says Warwick.

“We attracted over 100 new junior members alone on our open day in September.”

The courts are scheduled to be resurfaced in January and February.