Two tied at the top after opening round 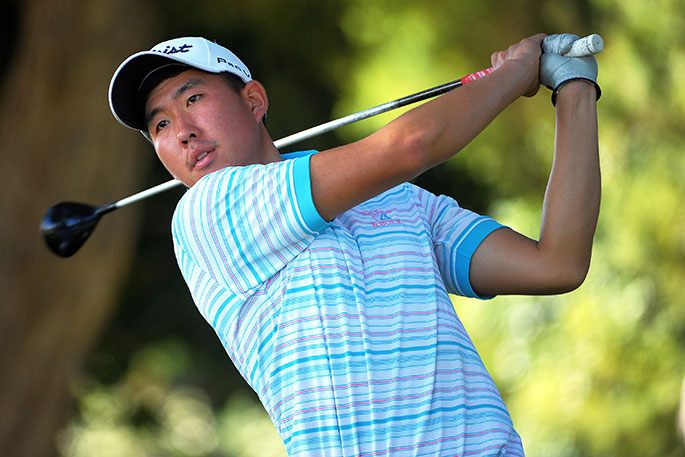 It was a hot day with hot scoring at the inaugural Christies Floorings Mount Open on the Jennian Homes Charles Tour, with two golfers tied at the top after the opening round.

Auckland professional Sam An and North Harbour professional Chang Gi Li share the lead after scintillating rounds of nine-under par around Mt Maunganui Golf Course in the season-ending event of the tour.

Teeing off in the afternoon, An says he went out knowing that good scores were out there.

“I played solid, I hit the right shots at the right time and I putted nicely. When you putt well no matter how well you play you generally come in with a pretty good score,” says a happy An.

He made nine birdies and didn’t drop a single shot on his way to shooting one of the best round Mt Maunganui has ever seen.

Both he and Li lead by a single stroke over Denzel Ieremia, who made headlines last week with a top five finish in his maiden Australian Open.

Ieremia is enjoying being back on home soil after a long stint away from his friends and family.

“It’s awesome to be back home, especially at the mount.

“It’s nice turning up to a golf tournament that I’ve grown up playing around a fair bit. Although it plays a little different now which is a good thing; I guess that just means I hit it a little further and I’m playing a bit better than I once was,” says a chuckling Ieremia.

He got off to a fast start off the 13th hole, making four birdies in his opening six holes to charge up the leader board.

Like the two leaders, he kept bogeys off his card and added another four more in his closing stretch to make sure he’s right in the mix after the opening day.

“I kept very level headed the whole day. Nothing got too far away from me and when I did hit some bad shots I scrambled really nicely for pars.

“I’ve been eating well and just really trying to enjoy this run of form. I’ve been turning up every week trying to win, and I’ve had an aggressive mindset right from the get go and just seeing how I get on during the week.

“I just want to keep going low so I can give myself a shot at winning on Sunday,” Ieremia says.

His old Waikato team mate Luke Toomey trails by four shots after the opening day. He has the opportunity to be the first person to win three Jennian Homes Charles Tour events on the trot with a win in his own backyard, and needs to be in a three-way tie for second or better at the end of the week to pick up the season-long Jennian Homes Trophy.

In the women’s event, Auckland amateur Fiona Xu has a two-shot lead after the opening round with a three-under par round of 69. 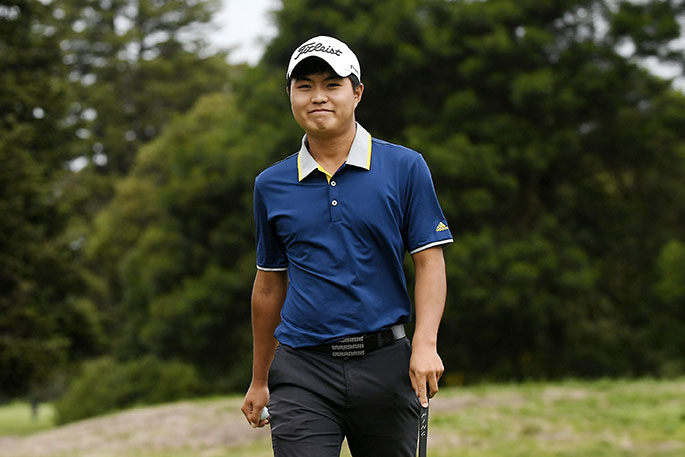 Xu is carrying over some good form from last week where she helped guide her Auckland side to a fourth consecutive New Zealand Women’s Interprovincials victory.

Xu says she’s really keen to end the season on a high.

“This being the last tournament of the year, I’m keen to finish on a high note so it’d be great if I could continue this form on for the rest of the week. We played really well last week so I’m feeling really positive,” says Xu.

She says the greens were running pure and her putter was behaving, but there is more work to be done if she’s going to lift the trophy on Sunday.

“Today was pleasing. I hit a lot of drives offline into the trees, so I had to scramble a lot to save some shots which I did. I made some really nice putts out there today which definitely helped.”