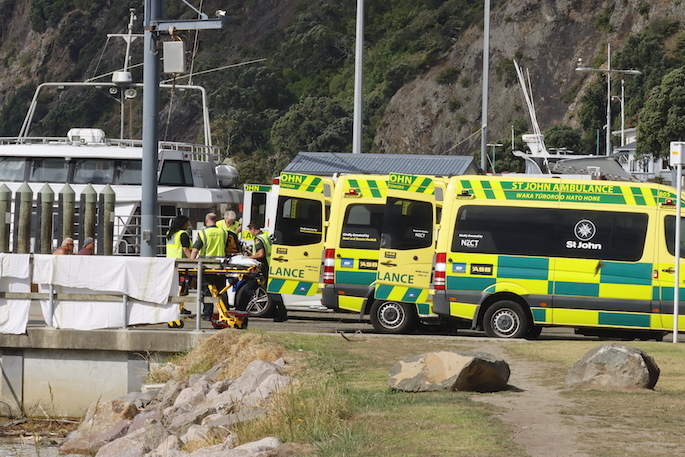 Another two people have died following the eruption on Whakaari/White Island, bringing the official death toll to eight.

A police spokesperson says one was being treated at Middlemore Hospital and one at Waikato Hospital.

"Police remain focused on supporting families at this terrible time."

Whakaari/White Island erupted at 2.11pm on Monday, sending ash 3.6km into the air.

A total of 47 people went on to the island, eight have died and another eight are still missing on the island, 27 are in hospitals around the country, and three have been discharged.

Of those who were on the island there were 24 people from Australia, nine from the US, five from New Zealand, four from Germany, two from China, two from the UK and one from Malaysia.

Police say there are no signs of survivors on Whakaari/White Island after the eruption.

People can use the police 105 number to give information about friends or family who might have been visiting White Island during the eruption. People from overseas can call +64 9105 105