Disabilities not an obstacle for Tauranga sailors 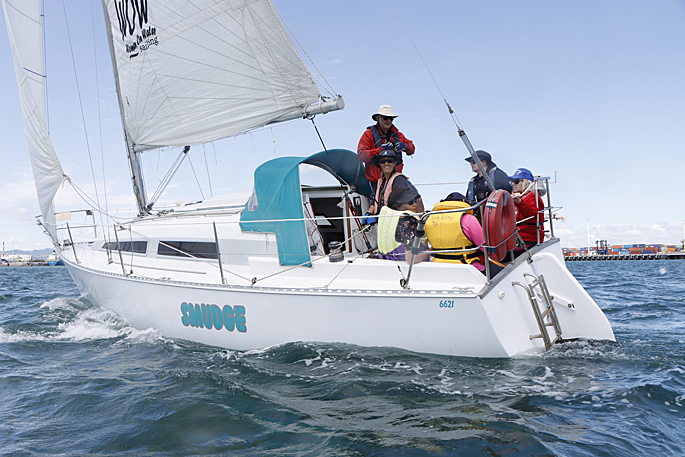 Disabled sailors and their carers have had the chance to get the wind in their hair out on Tauranga Harbour.

Sailability Tauranga offers people with a range of disabilities the chance to learn to sail.

Club Captain, Rhonda Ritchie says the end of year sailing day on keelers gives everyone a chance to get out and see more of the harbour because they normally sail near the Tauranga Marina.

“We take them out on the harbour instead of just seeing straight off here and racing around the buoys, they get to see the rest of the harbour from a different perspective.

“It's very exciting for the support workers as well because they don't normally get to go on the boats they sit here and watch, whereas today they get a chance to go out and join in the fun as well.”

Rhonda says the sailors’ disabilities range from being physically challenged and in a wheel chair, to autism, intellectual disabilities, down syndrome, vision impaired and deaf.

One of the sailors is vision impaired and has partial hearing and they have modified New Zealand sign language to communicate while sailing.

“We've been adapting the New Zealand sign language into a tactile one because when you're sitting next to him in the boat, he can't see your hand signs. So you've actually got to touch his hand so we're developing a sailing language to use.”

She says being a part of the club gives sailors a range of skills and experiences.

“It’s that freedom of being out on the harbour, of the water whooshing past you. It's freedom from the chairs, the wind in your hair, putting your hand in the water right through to learning new skills.”

“There's just a whole range of skills that come with it and it's making new friends. They go to regattas together, they get to know each other as friends.

“It's a whole gamut of confidence building adventuring out there on the sea.

“They'll all be out there on water together, which is normalising it and just that inclusiveness that we pride ourselves on.” 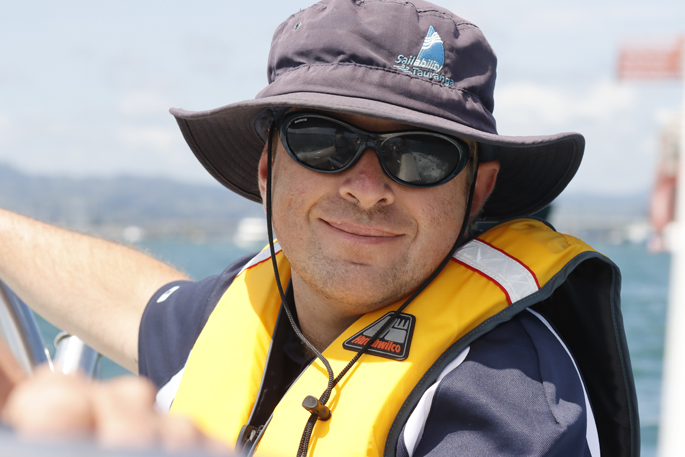 At the end of the year Sailability awards the Martin Conn Memorial Cup to the most improved sailor and this year it has been awarded to Dennis Young.

“Dennis had not a lot of confidence on the water and since sailing in the doubles competition in March, he has been going solo since then and getting more and more confident,” Rhonda says.

“He's just gaining in confidence all the time, he's very obliging, he helps out as a volunteer, so that's a big help.”

Dennis says he likes the freedom of being out on the water and he’s happy to receive the award.

“It’s for best improved sailor and they sort of gave it to me for my volunteering as well.

“When I'm not sailing, I just help out with different things.”

Rhonda says they are looking for more volunteers for to help on sailing days.

“We’re always looking for more volunteers. It's very labour intensive because of the safety aspect, we need between 18 and 20 volunteers each sailing day.

“If you don't sail or don't drive a boat, we'll soon teach you. We have a training program and we teach all our volunteers.”

Volunteer Stuart Keat has been around boats all his life and finds helping at Sailability really rewarding.

“The comradeship of all the volunteers is really good and the other side getting the benefit of being able to help people and to see their reactions when they’ve come back and never been out before.”

More information about Sailability Tauranga or volunteering can be found on their website. 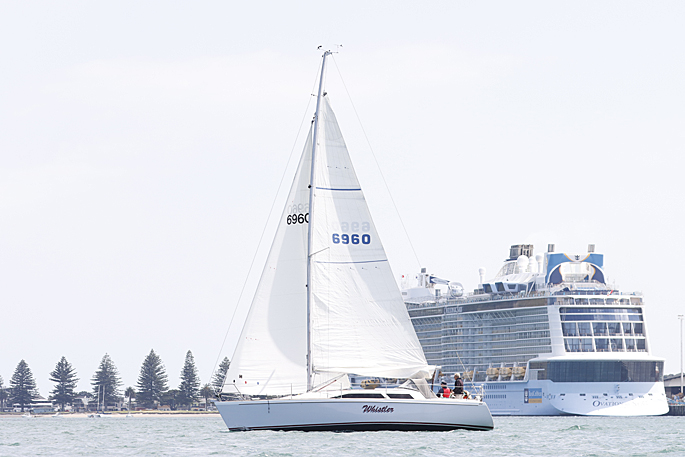