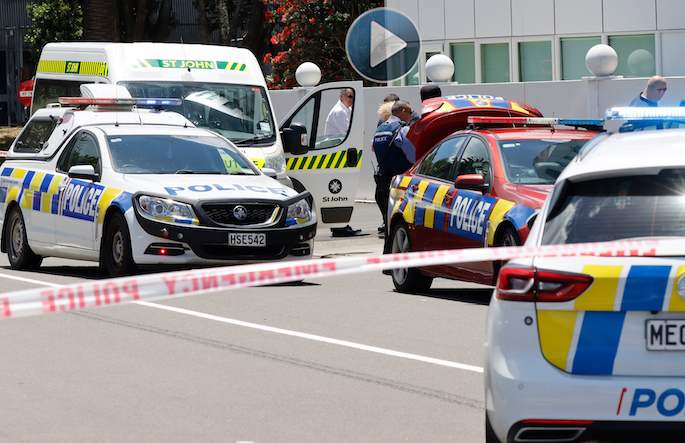 Police and ambulance at the cordoned off Quest Hotel. Images and video: Daniel Hines/SunLive.

A man is in a serious but stable condition after an assault on Durham Street in Tauranga.

Police received a report of an assault on Durham Street at 12.26pm on Monday.

The Quest Hotel had been cordoned off and multiple police and ambulance units were on the scene.

A police spokesperson says a man is due to appear at Tauranga District Court today in relation the assault.

“An 18-year-old man has been charged with wounding with intent in relation to an incident at a residential address on Durham Street around 12.26pm yesterday.” 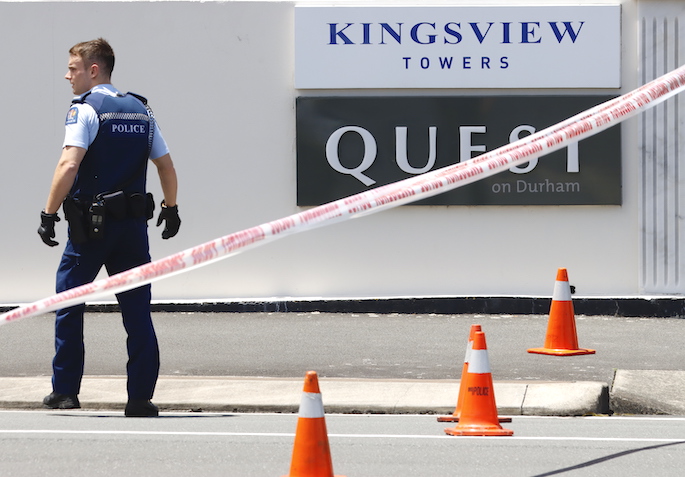 Police are continuing to investigate the incident.

Anyone with information can contact Tauranga Police Station on 07 577 4300. 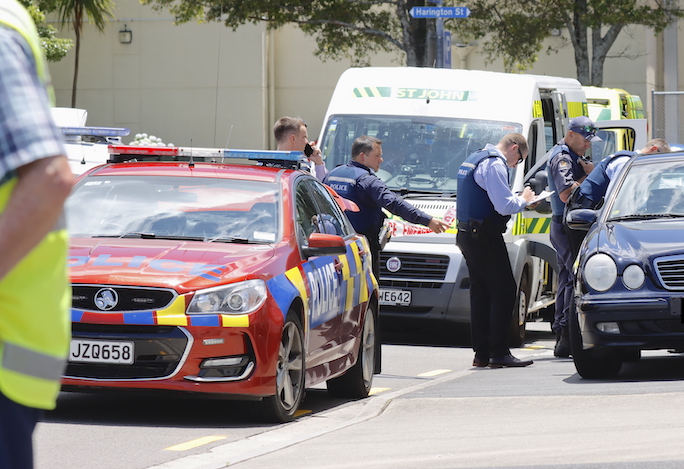