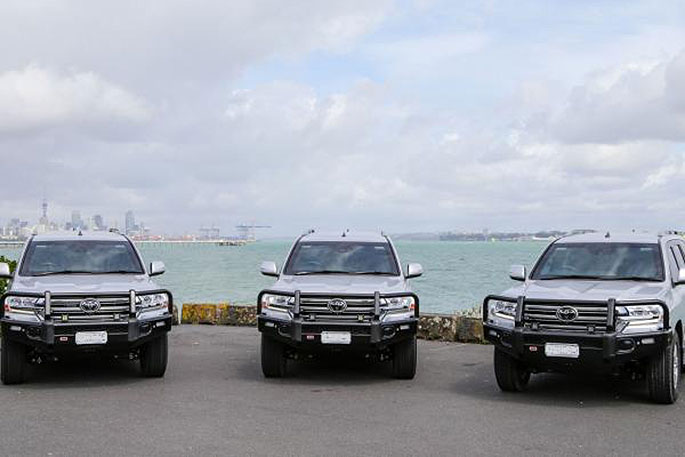 The vehicles are unmarked and look like standard Toyota Land cruisers. They are expected to become operational during December.

The vehicles have been fitted with ballistic – bullet proof and blast resistant – armour to provide specialist police with greater protection when they are deployed to major national security events or high-risk firearms incidents. They will not be used for patrol.

These vehicles provide protection for staff in the same way their ballistic body armour does and will enable them to safely carry out their jobs, keeping themselves and the public safe, says a police spokesperson.

"The vehicles will be used at incidents where there is a requirement for our staff to have an extra level of protection.

"Examples of previous incidents where the vehicles would have been deployed are the Napier siege in 2009, and in a shooting incident in Whangarei in 2017 where two people lost their life and police were fired on as they tried to get to the victims.

"The vehicles do not carry arms, but staff in the vehicles will be armed with police firearms, as is standard practice for these specialist staff when they are deployed."

The budget for the three vehicles, training, and ongoing maintenance is $1.23 million.

The vehicles will be based in Auckland, Wellington, and Christchurch and will deploy across the country as required.

cant see what the problem is to protect our police?

..New Zealand and not Afghanistan...what is the real reason?