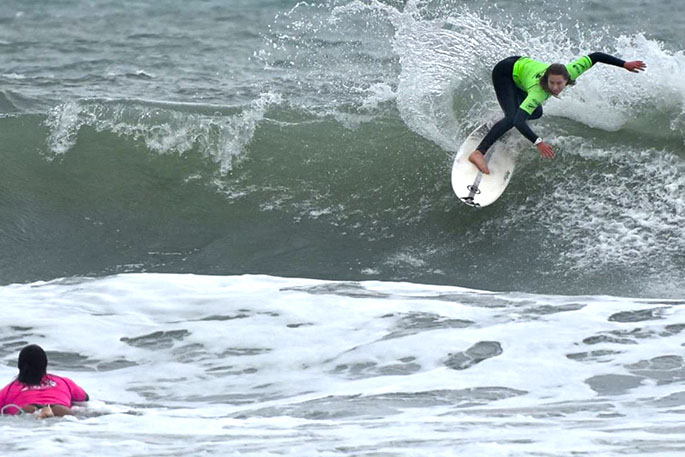 The surf ranged between 1 - 1.5 metres and despite the moderate onshore winds from the northwest, the waves were highly contestable, spokesman Ben Kennings said.

Elin found herself in a precarious position in the final of the open women’s division with no more than two minutes on the clock and a two point heat total.

The young Mount surfer flipped the script with a 7.33 point ride that jumped her from fourth to first leaving her opponents no time to react as she walked away with the event win and the first of her career.

"Up until that last wave I was thinking I was losing and having a shocker, I was struggling to find the right wave or any type of flow, I was stoked to get that final wave," says Elin.

"The swell had dropped a lot compared to yesterday at Stent."

Paul surfed to a 15.5 point heat total in the final to win his first national event since he was 12 years old. 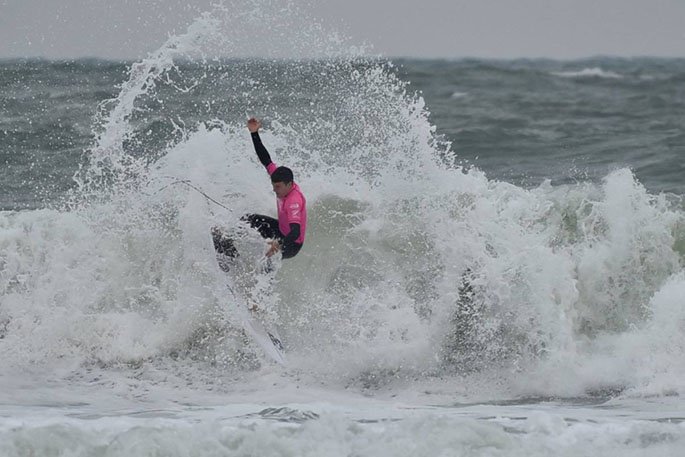 His final was highlighted by a quick start and near perfect 8.83 point ride in the opening minutes.

"I am so stoked to keep the momentum going through the whole comp. Normally I choke up in the final a little bit but I got a couple of waves and I am stoked to take the win over everyone who were ripping as well," says Paul.

"I would like to say it was all me and good strategy but the start of the heat was the best part, I got that one good wave right away and that set up the rest of it. It gave me the confidence for the rest of the final."

Runner-up Billy Stairmand (Raglan) with a 13.3 point heat total did enough to leap to the top of the NZ Surf Series standings for the year, and third straight title.

Whangarei surfer Tom Robinson won the under-18 boys division edging past local surfer Tom Butland in the final 11.90 to 11.60.

Gabrielle Paul (Piha) won her first win of the season in the Under 18 Girls Division.

The Billabong Backdoor Pro is the seventh and final event of the 2019 New Zealand Surf Series which began in Taranaki in January and events held at Mount Maunganui, Raglan, Dunedin and Canterbury.