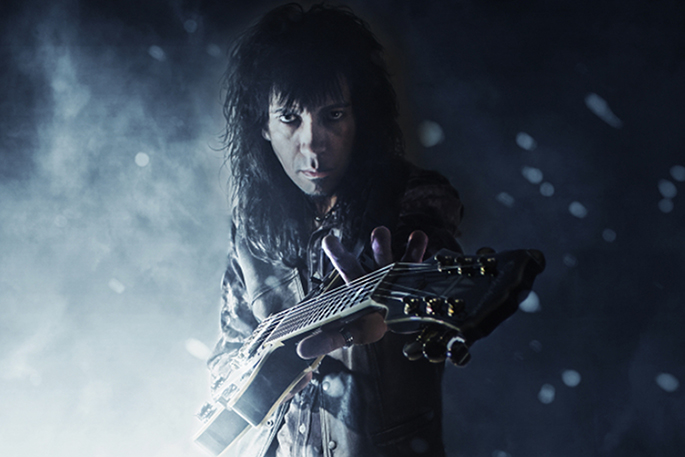 I first met Baz Mantis when Marilyn Collins-Smith beamed happily at me last October, Baz beside her. Dressed up ‘fab’ they were on their way to an event.

I snapped a phone photo of them. It’s blurry but captures one of those moments of joy that’s unforgettable.

As sometimes happens when you get to know people gradually, it was only recently that I became aware that they were also two of the key power-house people behind Xanthia, the 2019 Tarnished Frocks & Divas show. 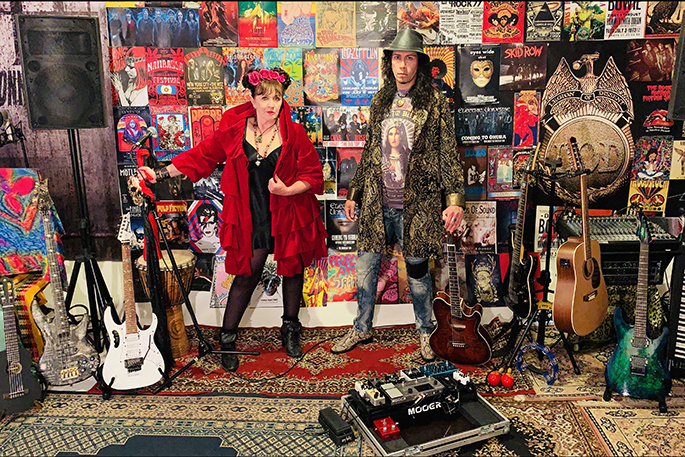 I’d met Marilyn, or Maz as many of us know her by, through Film Bay of Plenty, quickly recognising a sparkling creative talent who loves life immensely. It was marvellous to see she’d found Baz, who at the time was a court security officer for the Ministry of Justice. He’s now at the helm of Musicworks Tauranga which seems a prefect transition, given he’s also a musician, recording artist, audio engineer, music video director and producer.

Over coffee, I asked Baz how the two of them had met.

“I was working as a volunteer at an event at The Incubator,” says Baz. “I worked on a number of live shows, helping behind the scenes and worked alongside other people volunteering in various capacities at the gigs.

“Marilyn turned up on the crew one evening. I didn't have a chance to speak to her at all - she was busy doing her job and I was doing mine.

“At the second gig in late April 2018, we were both working behind the scenes again. At the end of the show I mentioned that: ‘I wish there was an after-party somewhere’, and she said: ‘Oh, I know where there’s one’.”

They ended up talking for hours and decided to keep in touch. Quickly though, Baz realised he’d met his soul mate.

“She's just awesome. The most incredible woman, she really is, on every level. It's been fantastic. Just the other day we had our 18th month anniversary.” 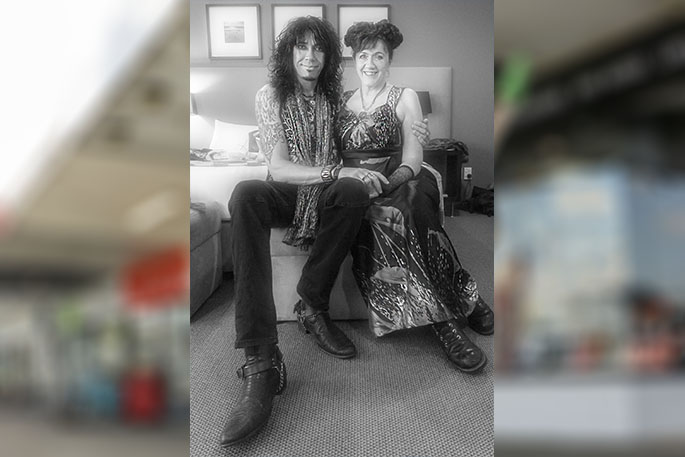 Within a couple of months of meeting, they were both working on Tarnished Frocks & Divas: Marilyn as the director and principal write, and Baz as musical director, sound engineer and contributing writer.

“It's all consuming. We’d wake up at four in the morning so many times and be talking about the show and where it could go.

“Sundays we’d meet at Tauranga Boys’ Gymnasium. I’d set up my PA system, Marilyn would be doing an amazing job, directing and choreographing the walks.

“It was an eye-opening experience and gave me a completely new appreciation of what it takes to bring a production of that size and scale to an environment as challenging as an arena.” 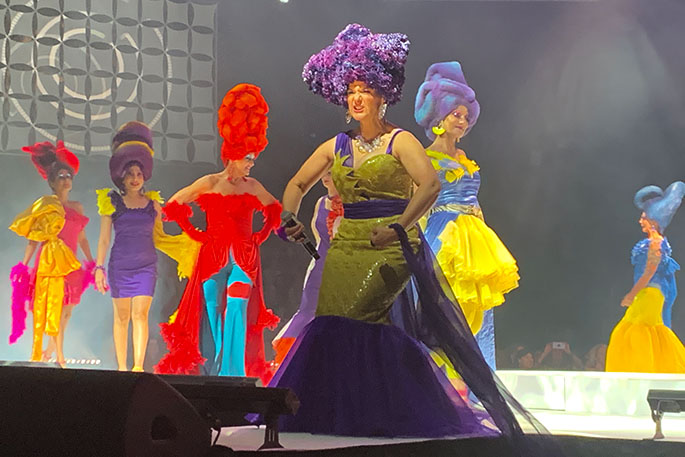 Although Marilyn has a long history in theatre, Baz hadn’t been involved before. A local Tauranga resident for about 14 years, Baz was born in Auckland, moved to Christchurch with his father in his 20s, and arrived in the Bay just before the first Canterbury earthquake.

“I was expecting to be landing in the central hub of it all here in Tauranga, in terms of the music scene, having been in it while in Auckland and Christchurch, but found it still had a way to go to develop, compared to those centres.” 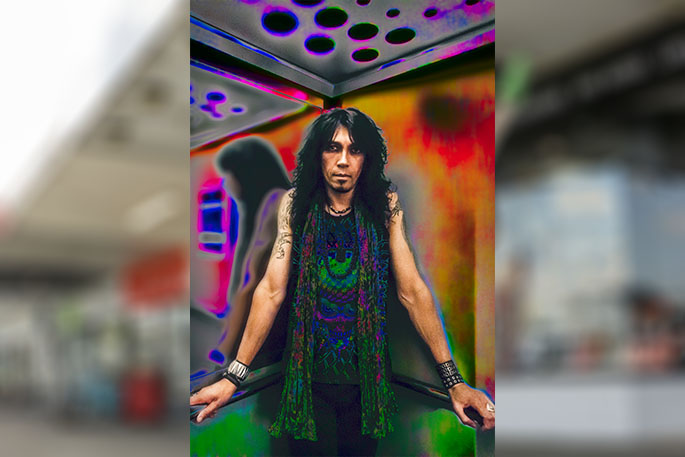 In Auckland and Christchurch, he’d been involved in bands, but it wasn’t until coming to Tauranga that he recorded and released his first album. He recorded his second album under the name of ‘The D Day Saints’ in 2012.

“That was more collaborative, I wrote all the music and had seven very talented vocalists guest on the album.”

“That got me networking with a lot of local musicians and I became a fan of a number of the bands you don't really hear about through the mainstream media.”

He formed a Black Sabbath tribute band which opened for Hamilton band Knightshade in Totara Street in 2015 and has seen the Tauranga music scene develop over the last 14 years.

“It's still got a way to go, but just being part of it, helping in some way is a worthwhile occupation.”

At Musicworks Tauranga, the slogan is ‘musicians helping musicians’.

“That's entirely the whole ethos behind the company and what we’re all about as individuals.” 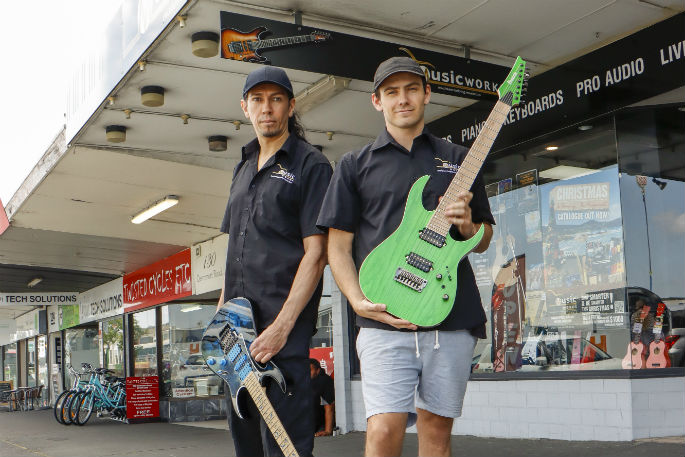 He’s been retail manager there since July, with the new shop opening in August in the same location on Devonport Rd as the predecessor business Bay City Music. Prior to that, he was working as the retail manager at Tauranga’s St Vincent de Paul.

“I’ve been involved in the charity retail industry previously as manager of the Christchurch City Mission. I just wanted to be actively helping people in the community.

“The Musicworks role is like the dream job. I’ve done both retail management and music, but never brought the two together. People helping people, musicians helping musicians.”

Prior to his Vinnie’s role Baz had worked as a court security officer, hospital orderly and security guard.

“I’ve dedicated my life to one of service when it comes to working to help people. Mostly it's been paid, some of it voluntary.”

Discovering the band Kiss as a five-year-old was Baz’s start into music. All the makeup, costumes and pyrotechnics proved unforgettable.

“That was the band that got me going and inspired me to follow the path into the world of rock and roll.”

His first album was called Pieces of Daylight – “It was worlds away from rock, it’s like a new-age relaxation/meditation album performed on electric guitar.” 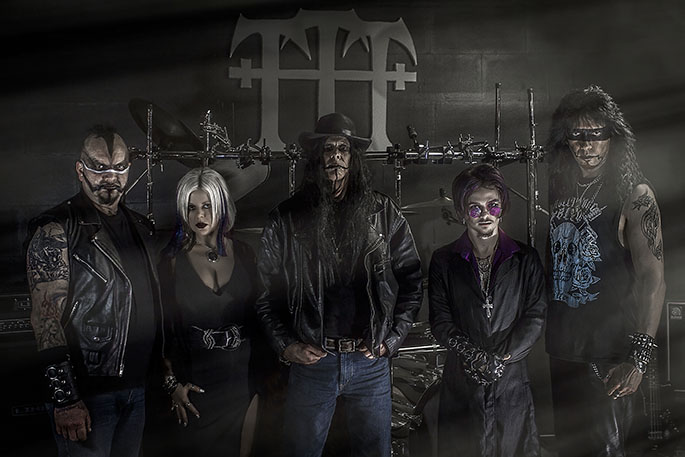 Legion of Dissent was his next band, which blended fast paced vocal delivery with funk and metal. Another band he put together evolved into the band Ten Tonne Terror.

“It was a hard rock band. We released some music videos, never played live unfortunately.

“Then I was asked to audition as a guitarist for a band I really loved - Electric Universe. Shane Davies, Patrick Hawkins, Jeff Nilson and Michael Furness - all well-known identities in the local music scene. I was blown away when they invited me to audition. We’ve had a total blast doing what we’ve done together so far.” 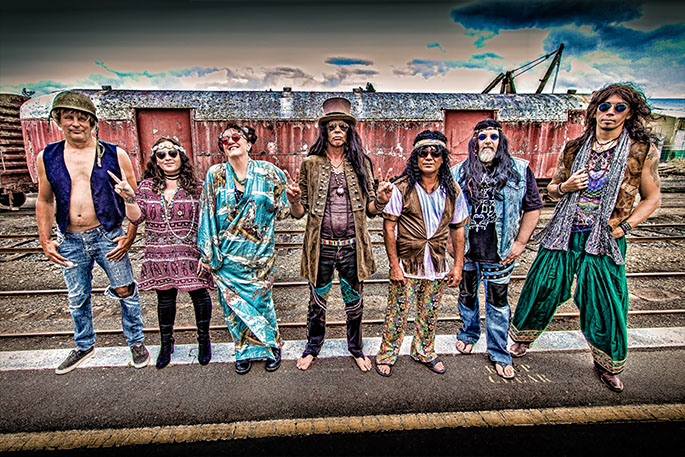 Marilyn is also a backing singer in the band which has produced an album and five music videos, three of which Baz has directed.

“We're busy recording for our second album at the moment and aiming for some great live shows in 2020” says Baz. 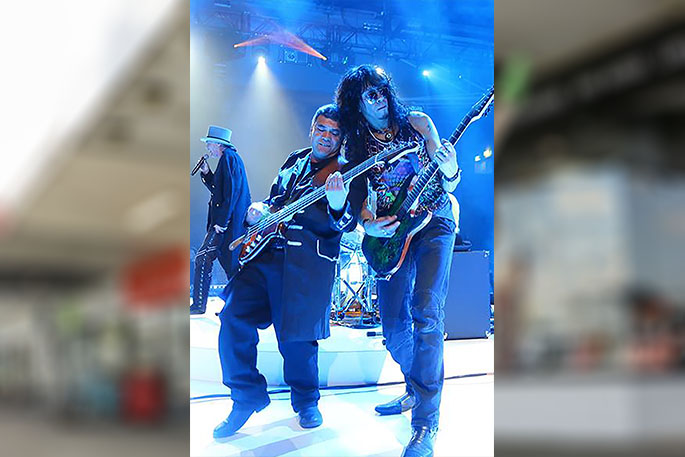 With Tarnished Frocks & Divas done and dusted, it was time for the Baz and Maz duo to do other things.

“Marilyn and I are going to record our own album under the name of The Grand Bazaar, it’s going to be a bit avant garde, not so commercial.”

“The process of learning how to play a musical instrument. As long as you can move your arms and hands, you’ll have an interest and a creative involvement which will stay with you until the day you die. “That's one thing that people can't take away from you. It’s always within you and you can enjoy it by yourself or with others for as long as you're alive. Music gives you that.

“You can't do that with sports. You can only run around a field or get thrown round a ring for so long and then your body tells you to call it quits. With music you can just keep going and it keeps your mind active and focused, it’s uplifting and it's also such a socially oriented, non-competitive thing to be involved with. 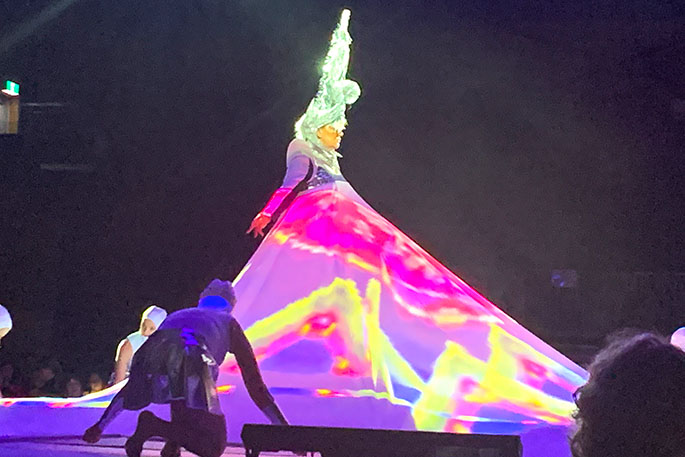