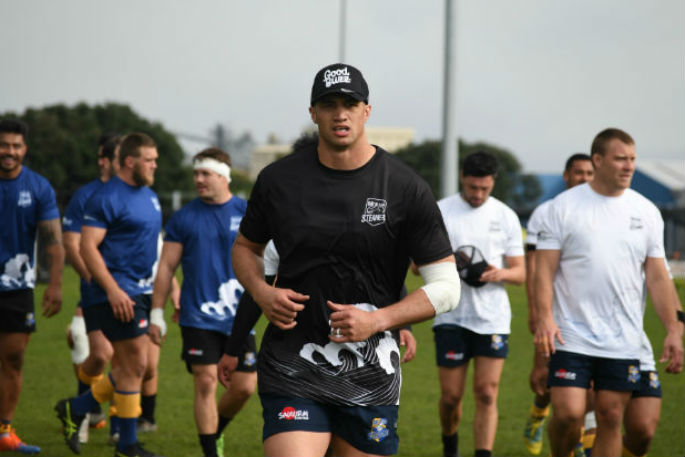 To paraphrase Charles Dickens, it has been the best of times and the worst of times for Bay of Plenty Steamers locks Baden Wardlaw and Aaron Carroll.

Initially came the good news to delight everyone who likes a warm-hearted story about not giving up on your dreams.

Baden was selected by the Blues at the age of 29 for his first Super Rugby contract after a stellar season for the Steamers.

He had realised his lifelong dream of gaining a full-time professional contract after waiting until last year to finally get selected for the Steamers.

It seemed as if his patience and persistence had finally been rewarded.

Then suddenly it was taken away from him.

Since birth he has had three fused vertebrae in his neck which have never held him back. But after recent medical tests and extensive expert opinions, the advice was that he should not play rugby again.

So the popular player from Rotorua had no choice but to retire from all levels of rugby.

If there could possibly be a positive spin on a story like this, it came with the news Blues coach Leon MacDonald had called up Aaron to replace Baden in the Blues squad.

Aaron and Baden were the best two locks in Baywide club rugby this season and carried that form into the Steamers. Aaron has battled away in club rugby for years until finally stepping up to Mitre 10 Cup action last year.

The 26-year-old Mount Maunganui player first made his mark in the Tauranga Boys’ College First XV and played on loan for Thames Valley in 2017.

He has played 21 games for the Steamers and was part of the side’s senior leadership group this year in the successful campaign to win promotion back up to the Mitre 10 Cup Premiership.

He was also voted the Chiefs Development Team player of the year in 2019.

Aaron says it has been “a bit of a whirlwind few days”.

“The first thing I did was to call Baden. I was really gutted for him. But he told me to go for it and that he was thrilled I got the call-up.”

“We’ve looked closely at targeting players with high work rate, physical, mobile and great character for our team. Aaron fits that group and along with Baden was a key part of the Bay of Plenty front five this year.”

Best of luck to Baden and Aaron on the different challenges that lie ahead.