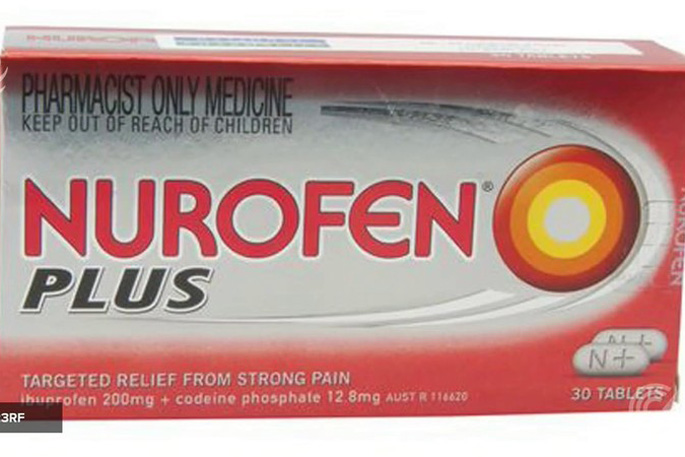 After two years of debate, health officials are finally recommending that drugs containing codeine should only be available with a doctor's prescription.

Doctors and pharmacists are split - they want to stamp out abuse but worry legitimate users will be left in pain.

Codeine, an effective painkiller, can be addictive and be misused. It's available over the counter in drugs like Nurofen Plus and Panadeine Extra, but straight codeine is already only available with a prescription.

The Medicines Classifications Committee says without any monitoring system, use is not able to be effectively monitored and therefore open to abuse.

"Members came to the conclusion that the balance that needed to be found is between the limited number of incidents of abuse that has resulted in significant harm, compared to a greater number of people who find codeine combination products beneficial," the MCC discussion says.

"The Committee determined that there was sufficient concern regarding safety, in particular: the risk of exceeding the maximum dosage of paracetamol and ibuprofen in combination products, and the abuse of codeine in New Zealand and globally.

"If someone's experiencing pain and attending the pharmacy wanting pain relief, there are alternatives that would be adequate, such as non-steroidals, or paracetamol. If someone's in significant pain that they require opiates then they probably should be attending their GP or going to ED," says Kyle.

An idea to have a national, electronic monitoring system to track codeine purchases was not adopted, as there had not been a wide enough uptake of current electronic recording around the country for it to be considered as a sole safeguard.

He agreed that the abuse of codeine needs to be limited, but doesn't think doctors should be the only ones able to write scripts for it.

"I'd like pharmacists to be able to make the decision as to whether the patient requires codeine, and if so we can prescribe maybe a couple of days' worth, rather than the patient seeing the doctor. I also think where a patient comes in and requests codeine, they should be turned away without question."

He says around 15 people a week would come into his pharmacy requesting codeine that he thought might be using it inappropriately.

Another pharmacist Sally Nairn says these codeine-based drugs were the only ones able to relieve her period pain, and women might suffer if they're not able to access them in a timely manner.

"I needed it at night time so that I could sleep to deal with the pain. So it does seem that it's disadvantaging a lot of women who need it every month, and would rather not have to go to a doctor to get a prescription."

Wellsford GP Tim Malloy supports the recommendation and accepts legitimate users will have to jump through a few hoops.

"That is unfortunate. But I think in terms of attempting to do some good, around those people for whom there is a major problem - and let's be clear, narcotic abuse in this country, particularly prescription narcotic abuse, is a major issue," says Tim.

He says it might increase the workload on GPs, and there's a risk that people will stockpile codeine-containing drugs in the interim.

Tim says it would be better if doctors were part of the process between people and opiates.

Drugs with codeine added are the last remaining opiates available over the counter - with straight codeine, morphine, tramadol and oxycodone all needing a prescription.

"All narcotics have the potential for risk and harm, and therefore differentiating between them is arbitrary. So what this does is create a standardisation across the class of drugs, which I think is entirely appropriate," says Tim.

There's no timeframe on when any changes might be brought in, but a similar move in Australia took a little over a year to implement.

No one from the Ministry of Health would be interviewed, but in a statement, Medsafe manager Chris James emphasised it is just a recommendation at this stage, not a done deal.

"The MCC's advice will be considered by Medsafe. Medsafe will be planning how any changes will be put into practice," says Chris.

There is now a two week period for people to raise any objections they may have to the recommendation, before further consideration by Medsafe.

You Gotta Be Kidding

Yet they want to legalise cannabis!?! Let’s make it more expensive for those that legitimately need it and struggle already financially. It’s not just adding on the GP’s bill but also the time off work to sit for 40mins in the waiting room for your 10min booked appointment, then time to go to the Pharmacy - could lose up to 2hrs pay, plus the doctor fee, plus the script fee . . . Those that want to abuse drugs are going to find ways to do it no matter what. How long will it be before I will need a script for a bottle of meths, a tube of Ados, a bottle of wine . . .