Man felt he would die during airport stranding 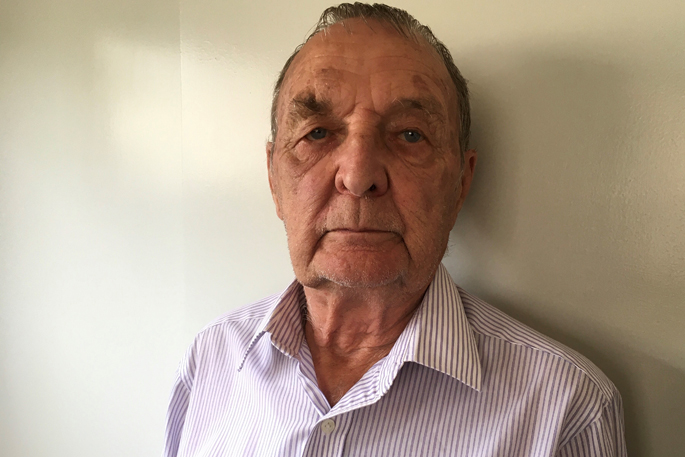 John Salter was stuck at Melbourne airport after his flight was cancelled. Supplied image.

A Tauranga couple’s trip to Tasmania ended horribly after they were stranded at Melbourne airport for 17 hours.

John Salter and his wife Bethany were trapped at the airport after their Qantas flight to Auckland was cancelled.

“We had the most wonderful time in Tasmania and everything was terrific until such stage as we got to Melbourne airport,” John says.

The 81-year-old says he sat bolt upright on hard chairs for close to 17 hours and at one point he felt like he was going to die.

“I said to my wife, who was still wide awake - neither of us slept. I said to her if this gets any worse, it could probably kill me. That's how I felt, I felt so rough, so breathless.

“I felt so breathless, I really thought I was going to die.”

The couple tried to secure accommodation for the night but the city was booked out because of the Jehovah's Witness international convention which had more than 45,000 people attend.

John says flight QF155 was delayed about seven hours before passengers were told about the cancellation and there was no communication from the airline about the delays.

He says there were around 100 passengers from that flight stuck at the airport including a pregnant woman and people older than himself.

“There was a 32-week pregnant lady who wound up sleeping on the lino with her folded coat under her head.

“There were people in tears, there were kids squealing and mums trying to settle them down on a hard piece of lino, it wasn't a nice experience.

“There were young kids on the flight, there were pregnant women, there was a complete assortment, a complete slice of life was on that flight, and they were totally disrupted by something that we could all understand.

“We could understand the reason for cancellation, but we could not understand how long it took before they told us that it was cancelled and we cannot understand or forgive the complete rudeness.”

A Qantas spokesperson says the flight was cancelled because of cabin crew fatigue and a replacement crew was not available.

“We understand that delays and cancellations are frustrating, but the cabin crew on this flight reported being fatigued and as there were a number of other weather-related disruptions that day there was no replacement crew available.

“We apologised to customers and advised them we would reimburse them for accommodation for the night.”

John says they were given a $15 voucher for food from the airport but there was only one retailer open at that time.

“The other thing that we were very clearly told was you can only spend your $15 on food, you can't buy magazines and you can't buy duty-free. That was the other rude announcement that we got.”

He says they should have been offered a lounge to sleep in or at the very least a blanket or pillow.

“No pillow, no blanket, not a thing, not a single solitary thing, except extreme rudeness. They just couldn't give a stuff.”

The passengers from QF155 were asked to return the following morning at 6am to check-in for their replacement flight.

John says this flight left on time but he still faced the drive from Auckland to Tauranga.

He would like an official apology from the managing director of Qantas.

Qantas are a great airline but these things happen. I could give you a couple of similar stories courtesy of Air NZ. But I doubt you’d be interested because it’s Air NZ. One eyed Kiwis.

Good old Qantas, we had a similar experience. I don’t know why they can’t be up front and tell you the reason for the delay earlier and if it’s going to be longer than a couple of hours let you into their lounge so you can have a bit of comfort.