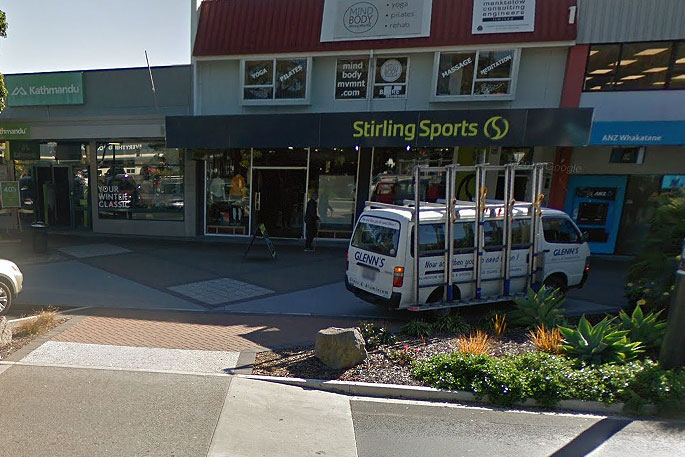 Stirling Sports on The Strand in Whakatane. Image: Google Maps.

Information is being sought in relation to the ram raid of a Bay of Plenty store.

Police say a Mazda Demio stolen from Whakatane Hospital car park was used in the raid at Stirling Sports on The Strand in Whakatane at about 5am on Monday.

A large quantity of clothing was taken during the incident, reports 1XX News.

Police say the vehicle allegedly used in the raid was abandoned in Awatapu.

The alleged offenders and stolen items are yet to be found.

Anyone with information about the raid can contact Whakatane Police Station on 07 308 5255.