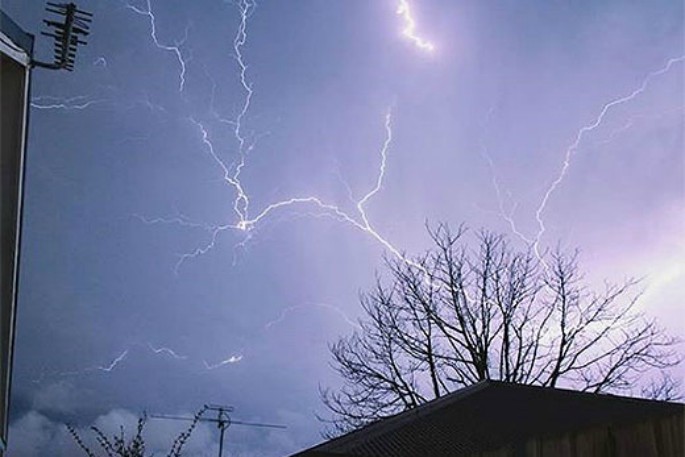 The MetService is forecasting rain for the Bay of Plenty today. File photo.

Thunderstorms are expected to develop about many parts of the North Island today.

The MetService has issued a severe thunderstorm watch for the Bay of Plenty, Waikato, Taupo, Gisborne, Hawke’s Bay, Taihape and other areas in the central North Island.

“These thunderstorms are likely to bring localised heavy rain of 10 to 25mm per hour and hail 10 to 20 mm in diameter,” says the MetService. 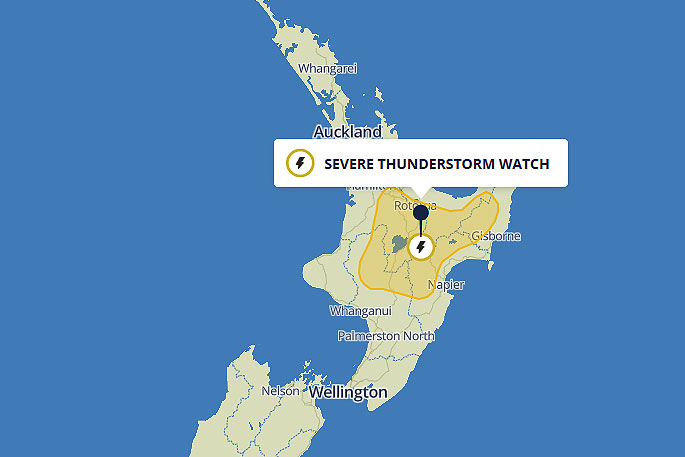 “Additionally, over the central North Island, from eastern parts of Waikato, Waitomo and Taumarunui, across the Bay of Plenty, Rotorua, Taupo and Taihape to Gisborne and Hawke’s Bay, there is a moderate risk some of these thunderstorms could become severe producing localised downpours of 25 to 40mm per hour.

“Rainfall of this intensity can cause surface and/or flash flooding, especially about low-lying areas such as streams, rivers or narrow valleys, and may also lead to slips.

“Driving conditions will also be hazardous with surface flooding and poor visibility in heavy rain.”