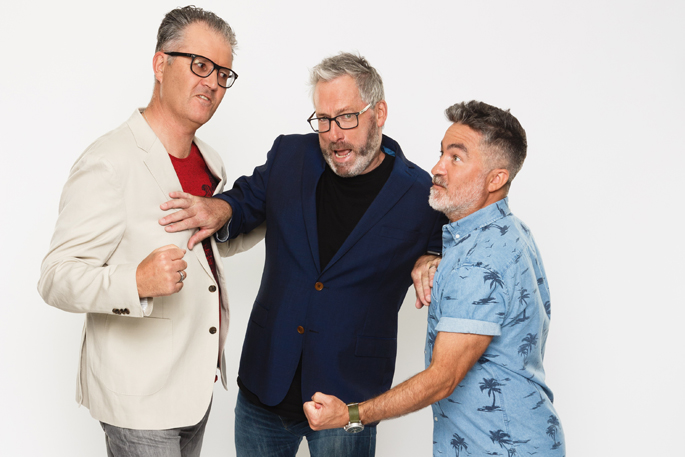 The 7 Days trio along with guests will be performing live in Tauranga on December 14. Images: Supplied.

To celebrate its 10 year anniversary, 7 Days is hitting the road with their biggest tour of the country yet.

What is described as New Zealand’s most successful comedy show,  it will be live in theatres in 14 towns around the country.

Tauranga is lucky enough to be one of those 14 towns, with the 7 Days live crew coming to the city on Saturday, December 14, at Trustpower Arena.

This year, the tour is mainly being held over weekends, rather than doing 10 or 11 days in a row, says Jeremy Corbett who spoke to SunLive ahead of the upcoming Tauranga show.

“I think it’s just going to have a bit more of a party atmosphere because it’s going to be a lot more Friday and Saturday nights.

“I’m looking forward to it, but if I had my way we would do matinees and I could be home in bed by six o’clock,” he jokes.

He says the whole crew always looks forward to the live shows and says it’s always a great time.

After doing 7 Days for the past 10 years, Jeremy says things aren’t that challenging to keep going.

“Tour is probably physically a bit more taxing, but in terms of the actual show, it’s not really because as comedians once you’ve done a few years of comedy you start to run out of ideas, like starters for your jokes. Everything you think of you go ‘oh I’ve done that, I’ve talked about that. There’s nothing new in my life that anyone wants to hear about’. 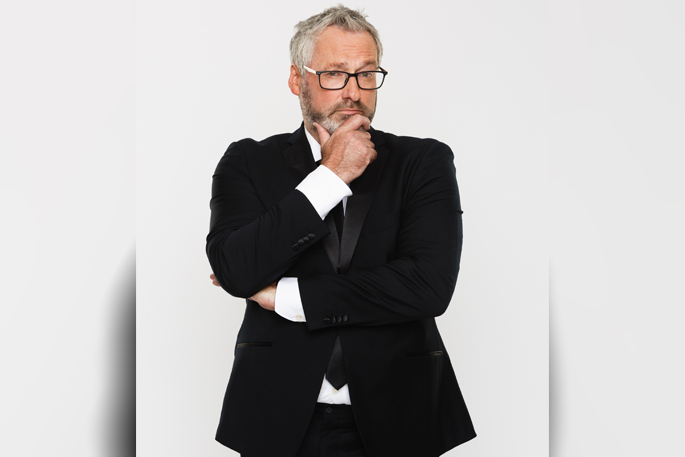 “But doing it about the news is fantastic because, of course, the news is created constantly, so we’re getting all these new ideas coming through constantly that we can start and launch out our jokes off that.

“So that’s the really, really cool part about doing funny stuff about topical events, the seeds for comedy are planted for you. It’s great.”

Before the crew make their way to Tauranga, they will be searching local headlines to see if there is anything worth talking about during the show.

“If there’s anything big that’s happened, anything that the town’s talking about, we have a very good look at what’s going on in the news, what’s happening locally, and take the piss out of that.”

Jeremy says they got the idea of doing the tour because the show would finish in November/December and they were left saying they missed doing the show.

“So we came up with the concept of the tour and we thought it’s a great opportunity to do a little bit of stand-up as well – which is what we all do in the first half.

“I’m on there if you don’t like me don’t worry, there’s another comedian coming in a few minutes. And then Paul Ego walks on and you’re like ‘oh out of the frying pan into the fire’.”

Jeremy says he’s looking forward to seeing the stuff that comes out on the night. 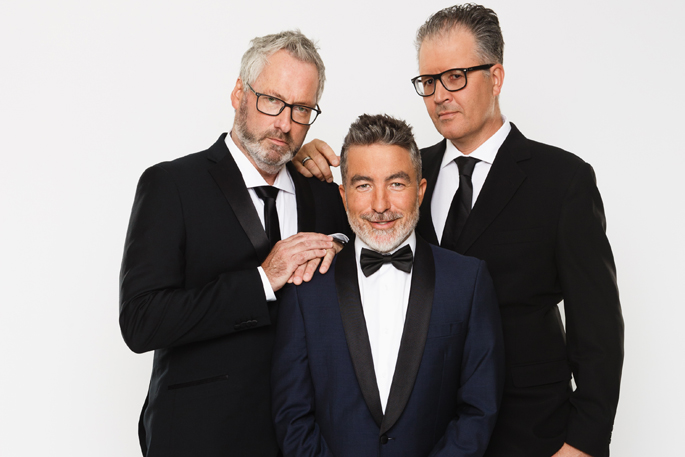 “So when you hear it, you’re performing a show, but you’re also enjoying a show. It’s not like you’re just reading lines. It’s such a cool feeling, and every show is different for that reason.

“There’s no way you get bored doing it,” says Jeremy.

Tickets are on sale now from Ticketek.co.nz

SunLive have one double pass to the Tauranga 7 Days Live show on December 14 to giveaway.

Enter the competition here to be in to win.