A day of Christmas festivities in Kawerau 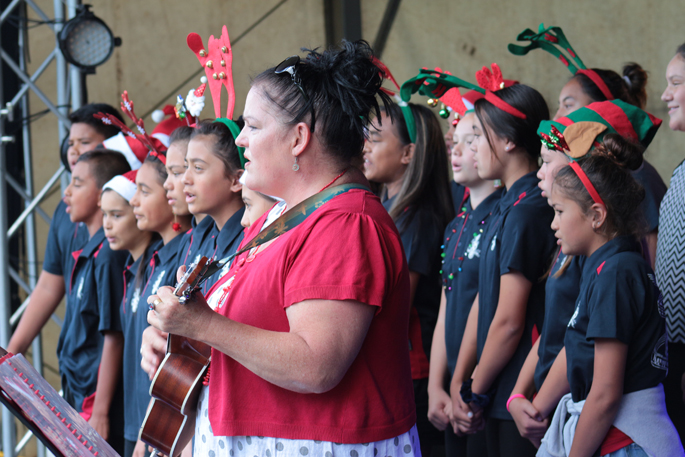 Performers at Christmas in the Park. Supplied image.

This year’s Kawerau Christmas in the Park will be fantastic say Kawerau District Council.

Kawerau Christmas in the Park is the Eastern Bay of Plenty’s showcase festive entertainment event, which sees up to 10,000 people at Prideaux Park for the celebration.

“Kawerau Christmas in the Park attracts people from all over the district, as well as from outside the Bay of Plenty, and it’s a great way to wrap up a successful year of events. It brings whanau together and celebrates our kotahitanga in the community and we expect it to be fantastic.

“We hope to finish the evening off again with our spectacular firework display, but as with previous years, this is assessed by Fire and Emergency New Zealand closer to show date. Fingers crossed the weather is kind to us.” Lee says.

It is a day of Christmas celebrations with the New World Kawerau Santa Parade at 11am, the Radio 1XX Community Christmas concert at 12:30pm and the evening show at 7:15pm on Saturday, December 14.

The afternoon show will highlight local talent, directed by Pari Maxwell with a team of community volunteers.

The evening show is directed by Chris Powley from NZ Promotions, it will be a variety of top class artists and acts; aimed to entertain all age groups.

The artists will be announced on Monday, December 2.

The Santa Parade starts from the Ron Hardie Recreation Centre, the parade will do two laps of town before ending at Prideaux Park with a prize giving at 12.15pm.

Anyone interested in having a float in the parade can collect entry forms from the Kawerau i-SITE on Plunket Street.

The float registration deadline is December 6.

The event is family-friendly – drugs, alcohol and gang regalia are not permitted and Prideaux Park is a smoke-free venue.